“Sigma just glues things together in a way not found  in any DAW, plug-in or any other summing box”.

Solid State Logic is proud to announce that Italian producer, recording and mix engineer Tommaso Colliva has installed the new SSL Sigma in his private mix room, Toomi Labs, housed within Edizioni Ishtar’s impressive Blue Spirit recording complex, which has an SSL Duality in the main mix room. Colliva’s work on SSL equipment goes back to his early days as an assistant engineer at Milan’s legendary Officine Meccaniche, hosting sessions for the likes of Michael Nyman, Shania Twain and Erykah Badu on the studio’s SL4000G+. A crossroad of sorts for international touring artists, it was also there that Colliva struck up a relationship with British rock-fusion outfit Muse, which would see him work on every record of theirs from 2005 to the present. Having previously relied upon an SSL Matrix console in his private studio, Colliva recently took delivery of an SSL Sigma remote-controlled analogue summing unit. 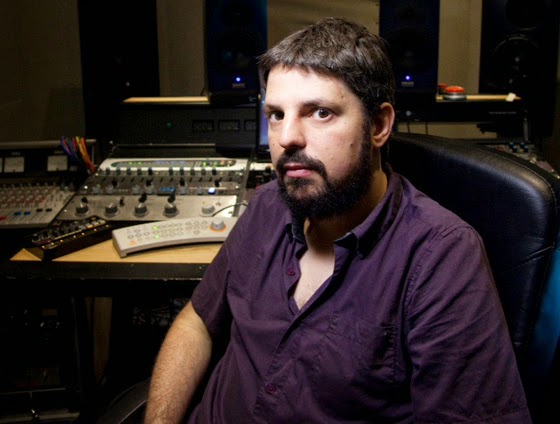 “Shortly after buying the Matrix, I decided to move to the U.S. for a while and, unfortunately, had to sell it,” says Colliva. “When I returned to Italy, I was missing the Matrix, a lot! Especially the automation side of the console. So, I was immediately excited by the Sigma. It has more channel inputs than I thought it would, along with all of the summing options that I loved. Since we have a Duality in our main studio, Sigma also gives me consistency as the two units basically have the same components and sound. Though Sigma can take incredibly hot inputs, I don’t slam the box because I’m going for that classic clean and wide-open SSL sound. That’s how I started working with the Matrix. I basically found this combination that I liked, which is SSL summing with a very colored tube compressor across the master bus. So, with Sigma, I’m able to control the gain in a very neat and very recallable way.”

With no desk and no controller, Colliva’s setup is tight and modern, having a workflow to match. “Basically, it’s just Pro Tools™ HDX, Sigma and a lot of outboard. From the DAW, I use the first 16 channels of MIDI for Sigma because it allows me to not worry about the fader position,” he explains. “Plus, it feels more natural to have the first 16 tracks just dedicated to automation. It’s also very easy this way to translate from session to session because I basically have a template with 16 MIDI tracks plus 16 master fader tracks and I import them all into the new session file and I’m ready to go. So, that just makes it very, very simple. Similarly, I always found the hardware insert thing in Pro Tools way too complicated and with a lot to think about, such as always checking to make sure that I wasn’t overloading converters on the way back in. But, if I am in the analogue domain with Sigma, it’s more like, ‘okay, I want to use this compressor and if it sounds good, it is good, and go with it.’ No worrying about headroom and digital distortion in hitting the A/Ds too hard.”

Although Colliva has a patchbay to tap into his copious stash of outboard, the stereo bus injects and direct channel outputs on Sigma are another huge plus to his workflow. “Having the two separate mix busses is great because you can think about doing parallel compression plus many other tricks without needing anything else,” he says. “There was this one project where I used the Sigma for automation only, no summing, to level a bunch of EQs going into a legacy console. In essence, Sigma was acting as an automated insert box. That was actually really fun! I can’t think of anything else that gives you the kind of flexibility that the Sigma provides. It’s a real Swiss Army� knife of audio. I’ve also had the monitoring side working and it was really handy. Sometimes my needs are for very basic level control and dim, so I’ll just rely on the two physical buttons and knob on the Sigma. But, if I know a session’s going to be more complicated, involving talkbacks and re-recording some bits while I’m mixing, I may use my iPad that I’ve configured to complement the summing unit. Overall, the web-based GUI is just great. The whole SSL team has been really supportive, good listeners to feedback and implemented many of the suggestions users have made.”