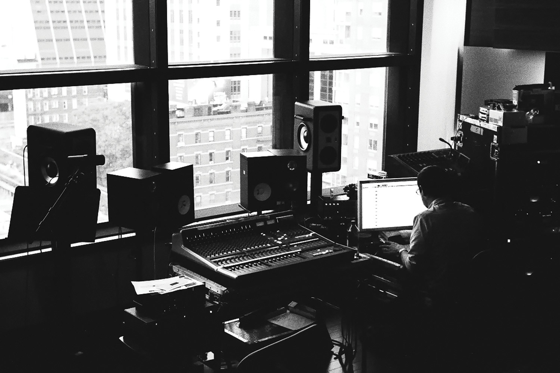 The SSL Matrix has become a central hub of the Depeche Mode production process with frontman Dave Gahan, having set up a Matrix-based project studio at his New York City home, while Ivor Novello Award-winning principal songwriter, synthesist, and guitarist Martin Gore has added a Matrix to his home-based project studio in sunny Santa Barbara. Having helmed the Depeche Mode production process so successfully for 2005’s Playing The Angel album and its Grammy-nominated Sounds Of The Universe follow-up in 2009, producer and Matrix owner Ben Hillier returned to the Depeche Mode production fold for Delta Machine. The Matrix proved an invaluable element of the unusual Depeche Mode creative process as the central hub for a huge collection of analogue hardware and multi-DAW based workflow.

Anyone listening chronologically to Depeche Mode’s many albums effectively has a recorded history of synthesisers, sequencers, and samplers. Sonically, Sounds Of The Universe saw the long-running band changing tack and returning to their technological roots for musical inspiration, a trend that continued into the Delta Machine production and, in turn, influenced its workflow.

“At the end of Sounds Of The Universe we’d encouraged Martin to shift his work method away from purely using soft synths,” says Hillier. “We really enjoyed using vintage analogue synths on that record. Martin didn’t have a massive collection to start with, but he had some really nice bits. I’ve got a few key pieces that I rely on when working, and Martin enjoyed using those and also enjoyed me making him get out all his old ones — so much so that during the making of that record he collected a whole load more. In fact, I think he single-handedly put up the price of vintage synths on eBay! Every day we had another classic vintage synth turning up at the studio. As a result of that, he knew he needed to rebuild his home studio, so we set him up with an SSL Matrix.”

Fast forward three years to the genesis of Delta Machine and Gore was at it again, having assembled a monstrous modular synth system with well over 700 Eurorack modules! According to Hillier, “When we started to do this record, one of the first things that [A&R] Daniel Miller said to me was, ‘The demos that Martin’s made this time are amazing!’ And he was right. They had this great sound to them — because he was using all these old synths and mixing them through the Matrix.”

When the time came to transform those promising-sounding demos into a fully-fledged Depeche Mode album alongside three contributions co-penned by Gahan and programming sidekick Kurt Uenela, Hillier had already formulated a plan of action for the first four-week tracking session hosted by Santa Barbara Sound Design in Gore’s adopted hometown throughout March 2012: “That studio has a great big live room, so we built a studio in there, because putting a band in a live room and me in a control room is not relevant to the way Depeche work. We had a Pro Tools rig with hardly any plug-ins as the main recording hub for our studio, if you like, which we sort of used like a multitrack, with a summing bus as a mix output, plus a load of laptop-based areas. We didn’t want to have everyone sitting around looking over other people’s shoulders at one computer screen while someone moved bass drums around, so it was a way of making programmed music in a slightly more sociable, slightly less navel-gazing way!”

Central to this transportable setup was another SSL Matrix. “We’d worked in a similar way last time on Sounds Of The Universe, but really missed having a mixing console,” clarifies Hillier. “We felt that had been quite limiting, because it was quite difficult to reprocess stuff and doing things on the fly was harder, so that’s the reason why we got the Matrix. Martin had enjoyed using his so much, Dave’s also got one in his studio, and they’d done all these demos on them, so we thought we might as well use one as well.”

As far as Hillier is concerned, that Matrix-based workflow worked a treat, bringing several salient strengths to the tracking table: “Because we were comp’ing everything on the master Pro Tools rig and running that through the Matrix, we could just hit recall and get back to the same musical buzz every time. They make it easy to switch between projects. You can be working on one song and suddenly say, ‘Let’s just flip over to that other song, because this particular sound we’ve got going here is great and would work well on that song, too.’ And in the time that it takes to boot up the session you can pretty much get the monitor mix back up as well, which is really handy.

“The DAW control is very good, and it got us away from looking at the computer screen too much. Being able to balance stuff on the desk was great because it meant that I didn’t have to look at the screen at all. And everything you can do without looking at the screen means that you’re listening harder, I think, which is a good thing.

“We did all the summing in the Matrix — at least all the rough mixes on all the work-in-progress stuff. I think the Matrix sounds really good. The mix busses sound really great. There’s a gain pot on the top that’s especially handy — especially when you’re setting up a mix and want to drive it a little bit more to make it glue together nicely.”

The key to mixing Depeche Mode’s successful sound arguably lies in balancing those copious quantities of synthesisers (and occasional guitar) alongside Dave Gahan’s distinctive baritone and Martin Gore’s more melodious backing (and occasional lead) vocals. According to Hillier, here, too, the Matrix proved proficient when tracking the band’s most emotive elements: “We had a large rack of outboard compressors and EQs — a few of my favourites and some choice pieces liberated from Martin’s studio — that were all patched into the software patchbay. Pretty much everything was put through some of them, and we had preset insert chains for things like Dave and Martin’s vocal sounds.”

Next Depeche decamped to the East Coast to continue working in The Penthouse at the beautiful Jungle City Studios in NYC, with its SSL Duality equipped control room and inspiring live room with a Chelsea view to die for: “It’s a new, very well-equipped studio and there was a sense that we could make it our own, but also have this amazing view. There’s really good monitoring in the main studio there, but we still rebuilt our own studio in the live room, which was one of the things we insisted upon when we were looking at different studios, so we could run both rooms simultaneously for tracking and mixing.”

Hillier must have been doing something right, for following another month-long (summer) stint in Santa Barbara Sound Design then an Autumnal return visit to Jungle City Studios the project was duly declared complete with Matrix having proved to be the perfect production partner for Depeche Mode’s unconventional working ways. Within a matter of months they would again be topping charts around the world with Delta Machine, much to Hillier’s delight: “What’s most exciting about this record is that it seems like we’ve really managed to communicate what the band wanted."