Forming the entertainment hub of the University of Manchester Students Union, the famous 2,525-capacity Manchester Academy on the city’s Oxford Road, has continued its long relationship with Soundcraft digital consoles, distributed exclusively in the UK and Ireland by Sound Technology Ltd. 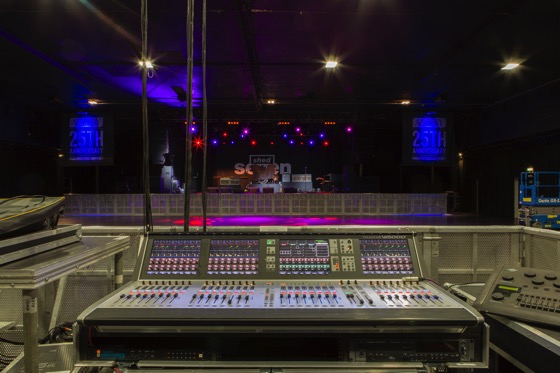 Having run first generation Soundcraft Vi’s in Manchester Academy 2 — the former MDH on the first floor of the Student Union Building — they have now replaced their set-up in the main Academy 1 with a new state-of-the-art Vi5000 at FOH and a Vi3000 down at the stage, supplied and installed by their long term contractors Adlib.

According to the Union’s technical manager, Stuart Wright, who backed the decision to standardise on Soundcraft, “We have their desks everywhere here now. The platform has been very good and the backup from Adlib, Sound Technology and Soundcraft has been excellent.”

In addition to these two venues, Soundcraft Vi1’s have also been installed in Academy 3 (formerly Hope & Grape) and Club Academy.

Taking up the story, Adlib director, Dave Kay, confirms that they had latterly supplied two desks on a long-term rental basis. “[The Academy] was going to purchase these consoles but then decided to revitalise the mix set up and decided the best route was to jump in feet first by opting for Soundcraft’s new generation.

“They didn’t need the number of faders offered by the Vi7000 and we knew that the Vi3000 and Vi5000 would give them compatibility and at the same time excite the sound engineers. All the facilities are now there for the future and the system upgrade coincides with a new roster of shows for the start of the new term.”

Stuart Wright agrees. “Having spent the last three years upgrading and improving all four of our venues, at the same time trying to establish equipment compatibility, it made sense to bide my time with Academy 1 until I got a feel for what worked there. But after plugging in the numbers it made financial sense to purchase — Adlib genuinely offered the best deal on many levels.

“As for the consoles, the packaging that Adlib has supplied is the same as their stadium systems even down to mains, patch panels and all the bits you don’t see inside the boxes.”

He had earlier been introduced to the Vi3000 at an Adlib open day for Academy’s pool of freelance engineers organised in conjunction with Sound Technology and Soundcraft.

From a practical perspective, Wright says, “Aside from the future-proofing advantages, the consoles fit nicely alongside our existing desks and we now have a consistent platform throughout all the venues. Any of my engineers can get any desk going in no time without a ridiculously steep learning curve.” The consoles will also need to work long duty cycles: “This month alone there are 48 shows across the four venues and this is before term starts when we add student events to the mix. It is important that we can juggle desks around venues, as with that kind of workload we need flexibility.” 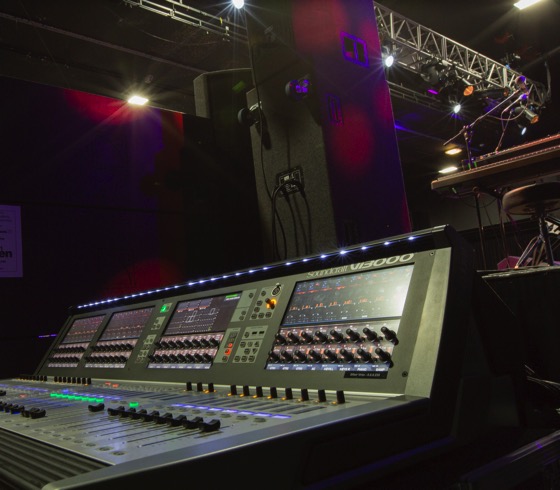 “Soundcraft desks have played a starring role in all four of our venues over the years,” he states unequivocally in conclusion, “from the analogue MH3 & MH4’s to the current stable of Vi’s that I have been more than happy to champion. The desks’ features, ease of use, support and value for money make this choice a no brainer.

“Academy 1 is 25 this year, and the addition of two new Vi’s is a great birthday present which will keep us at the cutting edge of Manchester’s’ music scene.”

As for Adlib, they are fully supporting the new generation of Vi consoles, with the Vi3000 having seen action during the festival season (with sound engineer John Delf also specifying one for the 5 Seconds of Summer tour); and plenty of work for the company’s two Vi7000’s during the Autumn touring season.