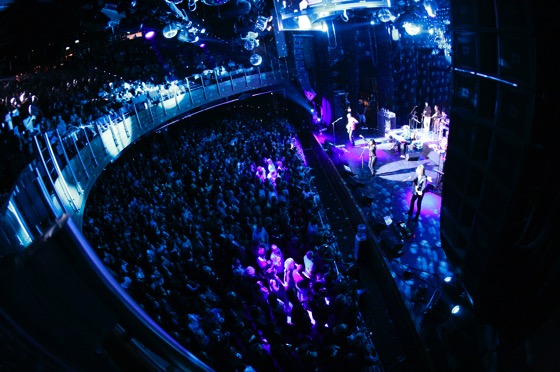 When the O2 Arena, and its smaller, 2800-capacity sibling, indigo at The O2, were first opened back in June 2007, leaseholders AEG rubber-stamped an all Harman Professional technical infrastructure. This included two of Soundcraft’s then flagship Vi6 digital consoles in indigo at The O2’s FOH and monitor positions. But nearly a decade later, the venue’s technical manager Rob Burrows was becoming increasingly aware that technology had moved on considerably, with capacities and processing power greatly increased.

After a six month process during which they reviewed options, they decided to replace both desks with Soundcraft’s new generation Vi7000, supplied by Soundcraft Vi Select Dealer, SSE Audio Group.

“We had done very well with the Vi6’s but they were showing their age,” noted Burrows. “We had the original first generation desks and they had gigged extremely hard, but they lacked DSP cards and the show files were now incompatible.

“ Economically it would not have been viable to upgrade the existing desks and so they contacted SSE Sales director, Alex Penn.

“We had just carried out the installation at the Hammersmith Apollo, which is another AEG Live venue,” he said, taking up the story. “Of course we have always been big Vi resellers — so it was a perfect fit.”

The big advantages were the fact that having a base in Park Royal SSE could easily service and maintain the equipment, while ETA Sound, now a division of SSE Installations — the permanent on-site technical equipment service company for The O2 —could provide Rob Burrows and his team all the assurance he needed on a near daily basis. 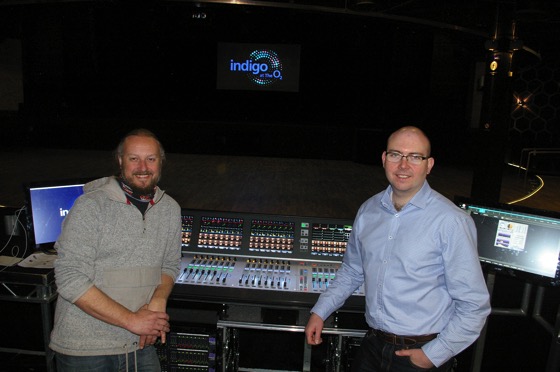 Freelance house sound engineer, Matt Valentine, was one of the people involved in specifying the consoles.  “The Vi7000 is an incredibly user-friendly desk,” he stated. “For a lot of inexperienced engineers coming through we provide a ‘three minute overview’ because the desk works in channel strips and it’s so visual … there’s not page after page in the background to trip you up.”

SSE also supplied a Soundcraft Realtime Rack Ultimate package which provides 74 UAD plug-ins. Together with all the dynamics (including the coveted BSS DPR-901 parametric EQ) and eight Lexicon legendary reverb processors onboard the console itself, for the first time production have been able to banish their outboard rack entirely.  “This means that we can fit another console alongside should it be required,” added Valentine.

The venue has also taken delivery of two 64/32 Stagebox (giving 64 Mic/line inputs and 32 analogue outputs). “With the 64 channels of analogue split, we have two independent systems — one for FOH and one for monitors,” notes Burrows. Alex Penn adds,

The system has been packaged with a touchscreen interface for the Realtime Rack. The system runs a pair of Apple Mac Mini’s. One to run the Realtime Rack control software and the other to look after the HiQnet systems and playback. The redundant connectivity allows incoming engineers the option to be able to add Virtual Soundcheck or recording via MADI or DANTE.

Meanwhile, indigo at The O2 plans to redeploy one of its Vi6’s, utilising a third MADI Stagebox, for live remixing of up to 64-channels, and provide in-house recording of stems. This will enable live video/audio streaming to have the best possible live mix.

Summing up, Rob Burrows says, “While the consistency with the old Vi6s remains, the speed of the new desk is amazing — the engine is much better as is the processing speed, and it will power up in less than a minute.

“All our engineers are happy, including the monitor guys because of the 32 stereo outs — with multiple bands and Festival-style presentations you need to be sending mixes to both wedges and IEMs between multiple band set-ups.”

HARMAN Professional audio products, including Soundcraft mixing consoles, are distributed in the UK and Ireland by Sound Technology Ltd.

Realtime Rack ULTIMATE version includes all available 74 UAD plug-ins.   This version is intended for rental companies to have in hire stock to ensure every possible plug-in is available, for any engineer, or for engineers who simply want every plug-in.…