Andy Bell says farewell to Bellowhead aboard a Vi7000

When popular, multi award-winning folk band Bellowhead embarked on their farewell tour, their FOH engineer Andy Bell opted for Soundcraft’s new Vi7000, eager to try it for the first time.

The highly respected engineer and record producer, working in the folk genre, was already familiar with the topology of Soundcraft’s earlier Vi6, and with his work doubling between that of a live and studio engineer, he knew the benefits of having a full suite of plug-in options at his disposal — and although he considered other options, he was aware that Soundcraft’s dedicated Realtime Rack engine runs Universal Audio plug-ins.

This would give him the versatility for keeping the rollicking sound from a theatrical 11-piece traditional band, playing a mix of traditional dance tunes, folk songs and shanties, with their acoustic instrumentation fresh.

The inventory was provided by BCS Audio, run by Dave Shepherd and the rig was expertly set up by system tech, Dave ‘Boxy’ Cann. 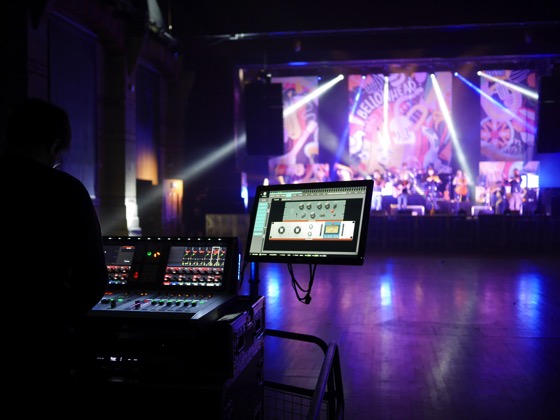 The sound engineer warmed to the new desk immediately describing the desk as “very hands-on, quick to boot up and respond — with a great-sounding and extremely easy to use EQ section.”

This near instant access to EQ and dynamics across multiple channels, possible thanks to the Vi Series acclaimed Vistonics touch-screen interface, made the Vi7000 the ideal console for the engineer to mix Bellowhead’s complex and unique sound.

“They are a massive band to mix live and one of the hardest gigs I’ll ever have as they are playing acoustic/folk instruments at rock band noise levels. This results in lots of open mics, heavy gain's and strange EQ’s. The logical layout and number of faders on the Vi7000 really help you keep all this easily under your fingers ” says Bell. “The oboe is the hardest to cut through — it’s a very quiet instrument but frequently has to carry the melody line so needs to cut through the mix.”

In addition, he praised the Realtime Rack integration and in particular made creative use of UAD’s LA-2A compressor and API Vision plug-ins.

Bellowhead themselves have been spearheading the new folk movement for more than two decades and along the way have been voted five-times winner of ‘Best Live Band’ at Radio 2 Awards.

At the end of the tour Andy Bell was entrusted with mixing the band’s farewell CD and DVD — all recorded live on a Soundcraft Vi6, using the desk’s preamps and some additional Neve and Universal Audio Pre's. This was recorded to a Joeco BlackBox and mixed in Pro Tools. 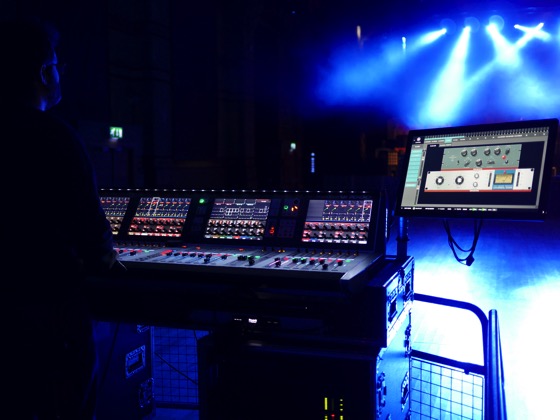 “For me, the Soundcraft Vi is the most intuative and tactile live console on the market, the sound quality and easy of use, combined with the creative nature of the UAD realtime plug-ins made the Vi7000 the perfect desk for the final leg of the Bellowhead tour .” concludes Andy.

Realtime Rack ULTIMATE version includes all available 74 UAD plug-ins.   This version is intended for rental companies to have in hire stock to ensure every possible plug-in is available, for any engineer, or for engineers who simply want every plug-in.…