When you are a major broadcaster with live production studios on two floors, dressing rooms, production offices, and outdoor production areas in the center of New York City, one can imagine how many members of on-air talent and crew rely on wireless communication to make a program succeed. While this major network broadcaster requires a large production team consisting of lighting, video, audio, and production crews plus on-air talent who are all utilizing wireless devices to keep the show running smoothly, there is frequently not enough available wireless spectrum to accommodate their needs. 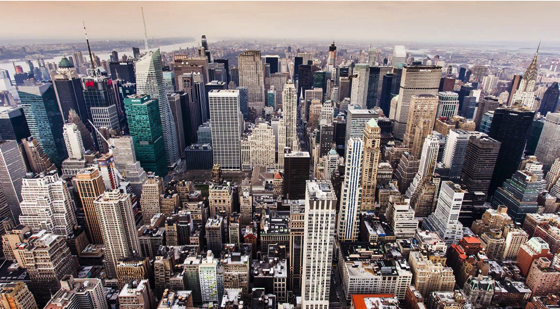 This was a particular challenge recently faced by event engineering and technology specialist WorldStage. The WorldStage broadcasting client in question had been using a traditional analog UHF wireless intercom system, which took up a significant portion of the facility’s available wireless spectrum. This resulted in difficulty adding the required wireless devices for on-air talent. With all of the wireless devices being used on the show―including talent mics and IFB—combined with restrictions on what frequencies were available for use, the client needed a solution that would free up wireless spectrum while providing flexibility to adapt to the everyday changes that occur at a live broadcast facility.

To meet its broadcasting client’s needs, WorldStage turned to Tempest, the leading professional wireless intercom system worldwide. It is one of the few wireless intercom systems with the capability to operate out of the UHF spectrum and is also scalable to allow for many users, easy operation, and future growth. By switching from a UHF system and installing the Tempest wireless intercom system, this major broadcaster was able to free up a large portion of wireless spectrum, enabling them to have many more wireless devices available for talent on the production. WorldStage originally installed five 4-channel Tempest BaseStations and 25 BeltStations. The system performed so well that the broadcaster later purchased a sixth system, giving them a total of six BaseStations and 30 BeltStations that operate throughout the facility.

The studio also required an installation where the crew would be able to have coverage throughout the facility and beyond. With the help of Channel D Solutions, designers of antenna distribution systems with Tempest products in mind, an antenna system was designed to allow coverage for the entire facility as well as the required outdoor locations. It allowed all of the Tempest users to travel anywhere within the facility and maintain full coverage and connectivity. An additional Channel D antenna option was later added to expand the facility’s coverage area to additional outdoor locations. This new antenna device allowed more antennas to be run to the outdoor location over fibre optic cable, which seamlessly expanded the Tempest coverage to an area where using traditional copper antenna cabling was not practical.

The primary reasons WorldStage recommended the Tempest system were its simple operation, robust features, and reliable communications, which are essential requirements for a busy facility like this New York City client. The Tempest BeltStations are able to easily withstand the extreme demands of a daily 2-hour flagship production. The system is always ready for everyday productions as well as any last-minute special events that may come up.

The switch to Tempest gave WorldStage’s client another benefit: they can rent additional Tempest wireless intercom equipment as needed to temporarily expand the system for specific production events quickly and easily.

Recently, the client aired a special anniversary show and added an additional 50 channels of wireless mics and two additional Tempest systems. With roughly 100 frequencies operating at the same time, everything went well and operated flawlessly. WorldStage said that, without Tempest installed, it would have been absolutely impossible to pull that show off. There simply would not have been any spectrum left for all of the additional wireless mics that were needed.

WorldStage commended the Tempest product team for its continued support and assistance whenever it was needed, and for the many helping hands throughout the installation. With two main floors and a production area covering both indoor and outdoor spaces, this major New York City broadcaster can now meet their production requirements for wireless mics with the Tempest wireless intercom system in use. The system was recommended and expertly installed by WorldStage and Channel D Solutions, and continues to insure that the customer can have the wireless communications tools they require.

Tempest wireless intercom solutions are distributed in the UK by Sound Technology Ltd.  For more information please visit www.soundtech.co.uk/professional-audio/tempest or call us on 01462 480000.

Sound Technology Ltd announces distribution of Tempest® in the UK/ROI