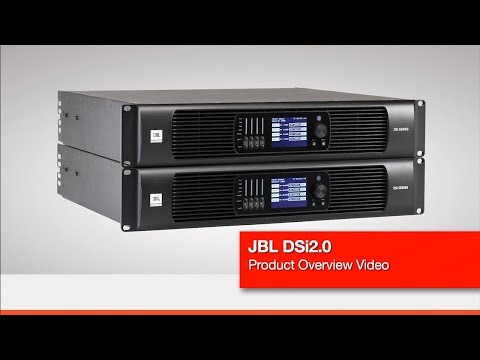 Models supply 4 channels of amplification with bridgeable outputs in a single 2RU footprint, and can power up to four JBL surround speakers with a single amp channel in high-power-density 2Ω mode. All DSi 2.0 series amps incorporate best-in-class, 32-bit/96kHz floating-point DSP and Crown DriveCore technology, which replaces hundreds of internal components with a single processing chip for superior power density, stability and audio fidelity.

Cinema managers and integrators looking to maximize their power investment and future-proof their systems can count on the JBL DSi 2.0 series to deliver robust, reliable amplification in an efficient, cost-effective package.

Thanks to DriveCore technology, DSi 2.0 amps deliver greater power density than traditional designs: All models offer 4 channels of amplification with bridgeable outputs in a single two-space footprint; power up to 4 surround speakers with a single channel in high-output 2Ω mode.