Soundcraft became associated with the famous name of Brian Epstein, the Beatles’ legendary manager, when a Vi1 digital mixing desk was recently installed in the Liverpool Theatre that bears his name. 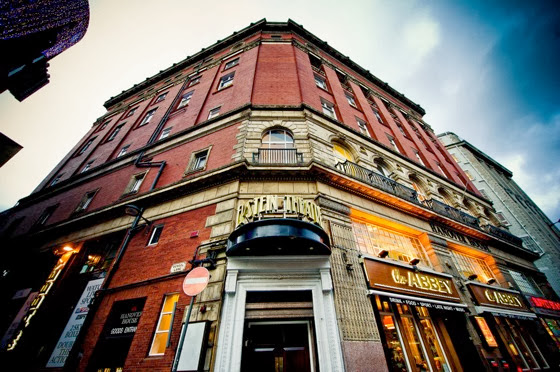 Ever since 1913 this landmark venue in Hanover Street — formally known as Cranes Music Hall, Cranes Theatre and most recently The Neptune Theatre — has provided live entertainment to the city’s residents.

Following a £1.2 million refurbishment — and rebrand as The Epstein Theatre — it has celebrated its centenary by commissioning a permanently installed sound reinforcement system, courtesy of locally-based installer/distributors Adlib Audio, who had previously been supplying on a long-term rental basis.

With the capacity to seat 410 on its two levels, and a new Soundcraft Vi1 at front-of-house, technical manager Tony Carter is delighted that audiences will now be treated to a consistent sonic experience. 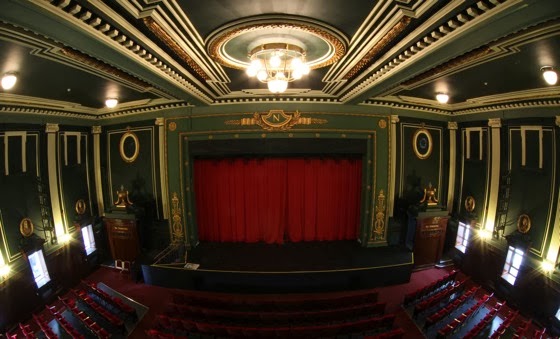 “We had been hiring in from Adlib Audio and using desks like the Soundcraft Si Performer and Si Compacts — which I loved. But we needed to step up and have now purchased our own system,” he confirmed.

Tony was already familiar with the Vi1, having used it at various festivals. He discussed the idea with Adlib Audio MD, Andy Dockerty, who has worked closely with the theatre since the beginning, and the order was placed.

“I always knew the Vi1 was the right desk for us,” he says. “Because we present such a variety of performance — from tribute bands, comedy, serious theatre, kids events etc — the desk needed to be versatile and intuitive.”

Tony Carter recalls last Christmas panto season — featuring a Big Brother winner — when they used a giant analogue desk and wishing he had been able to programme the mutes as cues to excise some of the graphic language. “That was when we realised we needed to go digital to take us to the next stage.”

The Vi1 package enables 32 channels of analogue input to 27 analogue outputs, plus six digital inputs, four stereo FX returns and six digital outputs in a compact chassis. “This enables us to assign six channels of monitors from FOH, which is extremely easy to do,” continues Carter. “We’ve never needed a separate monitor desk.

“In addition, being able to store presets for different performances — such as the panto season — makes the job a lot easier. The desk is so intuitive and it’s easy to programme cues so there is a lot less to go wrong.” 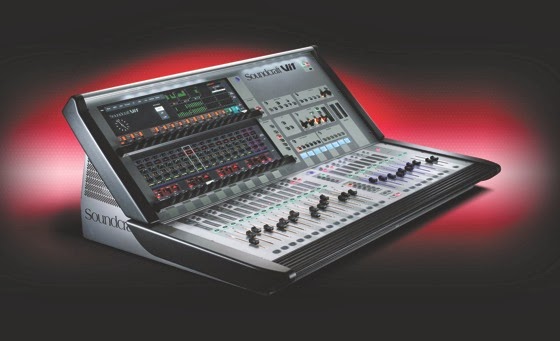 Although Adlib Audio provided the Soundcraft solution — as well as a premium PA system — hands on training was scarcely needed. “We generally set a generic patch and then tweak it according to the event. With longer runs like panto we will use snapshots but with a one-off event we will mix on the fly. It’s an easy desk to walk up to.”

Finally, he states that the venue has never sounded so good. “It’s a 100 year old theatre — a nice acoustic building which is sonically now even better. The sound of the desk, is fantastic; the I/O count is more than adequate and we've not had a show yet in which the capacity has been stretched!

“As a result, we now have a little AV area in the stalls, including the lighting desk, which can double as a stage management position — and with the Vi1, it frees up about a third of the old analogue desk space required.”

In conclusion, he says, “I can’t speak highly enough of this desk and everyone who has used it says the same.”

And Adlib Audio sales manager, Nick Turner, who processed the sale, adds, “Customers also like Soundcraft for its reliability — which has been tried and tested over the years. It’s one of the most reliable desks we’ve got and the back-up we receive from Soundcraft and Sound Technology [the exclusive UK and Ireland Harman Professional distributors] is second to none. This, in turn, means that we can support [the desk] a lot easier.”