Building on years of success with the HARMAN Soundcraft Vi1 digital mixing console, rock and roll legend Ray Davies used a Soundcraft Vi6 as the front of house console for his recent tour. 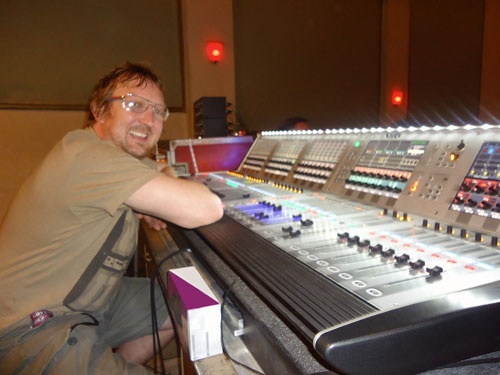 Davies, co-founder of Rock and Roll Hall of Fame members The Kinks, recently embarked on a tour through Canada and the United States, with Los Angeles-based group The 88 serving as Davies opening act and backing band. Davies performances span a seemingly endless catalog of legendary songs, a few of which include, “You Really Got Me,” “All Day and All of the Night,” “Sunny Afternoon” and “Waterloo Sunset.”

Tristan Mallett has been the FOH engineer for Davies for 15 years, working in coordination with monitor engineer Chris Wibberley, who has been with Davies for the past 12 years. Mallett is a longtime user of the Soundcraft middle-footprint Vi4 digital console.

“I have also used the Vi1 quite a bit and I love it equally,” Mallett said. “It’s nice and compact, sounds great and I love the idea that one show file fits all. Having everything fit on a Vi1 allows me to get a bit more indulgent with my music pages on the Vi6. However the small footprint of the Vi1 makes it perfect for music festivals.”

As Davies set ranges from softer acoustic tunes to some of the heaviest rockers, his responsibilities include accommodating for a massive dynamic range. “I need something that will be low noise at low volume and then also something I can drive hard, without running the risk of it overdriving,” he said. “With the Vi6, even if you do hit red lights, you dont hear them. Transparency and faithful reproduction are vital and very important, especially with guitars. This is why large diaphragm AKG 414 microphones are used on the guitar amps and combined with the Studer microphone amplifiers before entering the digital stage.

“Mic amps are the highest priority for me, plus the Vi Series has everything in one package, with no need for outboard gear,” Mallett added. “There are some really nice reverbs in there. The Vi de-esser is also amazing—I don’t even need to know how it works, it just does the job seamlessly!”

In addition, thanks to the Vi6 Vistonics II user interface, Mallett finds the Vi6 very easy to use.

“The whole layout is very accessible and with the Vistonics interface I dont think I have ever lost my place on the board,” Mallett noted. “The operation of the Vi6 is very intuitive and almost foolproof in that respect.”

In addition to the Vi6 console, Davies relies on a variety of HARMAN AKG microphones. “For vocals, we have used a D7 exclusively for the last 18 months—it is an outstanding vocal mic,” Wibberley said. “We have 414s on the guitars, which are great, as well as some D5 and even 535 microphones on stage.”

Like many live sound engineers, the transition from analog consoles to digital several years ago was one he was reluctant to make. However, friend and longtime Soundcraft supporter Paul Hatt of CS Audio Ltd. England, turned Mallett on to the Soundcraft Vi Series.

“I have always liked analog but we of course are now in the age where digital consoles are so much more reliable, so I entered the digital world kicking and screaming, but the Vi consoles helped tremendously,” Mallett said. “The Vi is very forgiving and feels like an analog board. It takes a lot of punishment, which is a requisite for rock and roll!”