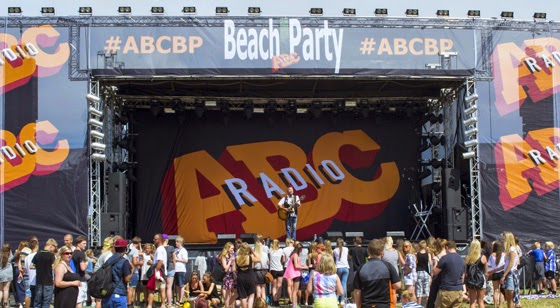 “As a JBL VERTEC® user for many years, the time had come for us to take the next step with VTX,” said Rune Hjort, Owner of Power Music. “The launch of the VTX V20 loudspeaker was a perfect solution for our company, providing great flexibility and fast setup with the new ASM suspension system.”

The PA system at ABC Beach Party featured a left-right configuration of eight V20 loudspeakers per side, topped with three S25 subwoofers per side. Six G28 subwoofers were ground-stacked as a centre cluster in cardioid mode, while two VTX F12 loudspeakers were used for out fill. All monitors were JBL SRX712 and VRX915M loudspeakers, while side fill monitoring was handled with two JBL SRX725 loudspeakers and two SRX718S subwoofers. A Soundcraft Vi4 digital console was used at the FOH position, while a Vi1 console was deployed for monitors and the entire system was powered with Crown I-Tech HD amplifiers that were controlled, configured and monitored with JBL HiQnet Performance Manager™.

“The last couple of years we have used JBL VERTEC® VT4888 loudspeakers, so we were really excited to see how the VTX system would compare,” said Rune Hjort, Owner of Power Music. “Needless to say it blew everyone away.

Considering the size of the crowd and the fact that the music was very sub-heavy we had some concerns about the amount of headroom. But when you have VTX boxes with I-Tech HD amps in front, you never really run out of power—you can just keep turning up the volume. I also love the fact that we barely had to touch the EQ on the vocals to get it just right.”