An integrated Harman Professional solution is at the heart of a major revamp in an Essex church.

St. John’s, an early Victorian built Anglican church in Buckhurst Hill, has been fitted out with JBL’s increasingly popular constant beamwidth technology by specialist system integrators New Day. Four discreet white CBT70-J line array columns and four CBT70-JE bass extenders have been mounted high up out of view, interspersed with four JBL Control 25s, to ensure even pattern coverage in the side aisles. 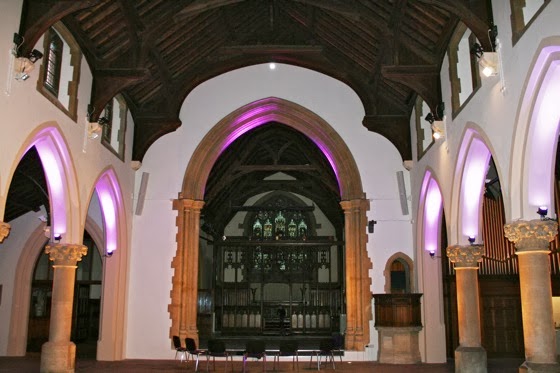 By adding the 70cm column extension, the rig has the ability to output powerful full-frequency sound from a total of 8 x 5in LF drivers and 16 x 1in HF drivers, whilst at the same time exhibiting exceptional pattern control.

Explained Derek Clare, director of New Day, who won the competitive tender, “The brief was that with the stripping out of the central pews as part of a general refurbishment, a sound system was required that could operate in all four directions by refocusing the beam. At the same time it needed to blend in with the building. This is a huge advance over what the church had previously — which was just speakers on stands.”

The sound is processed and purpose optimised by a BSS Soundweb London BLU-100 fixed format DSP, offering 12in/8-out. This is controlled from a BLU-6 remote wall panel situated in the AV desk for level control, while a second BLU-6 is due to be added at the pulpit for local operation by the clergy to give further control — with a set of static and radio mics independent of the mixer.

“The beauty of Soundweb London is we can programme in EQ and orientation set-ups for weddings, funerals etc,” continues Derek Clare. “This can be accessed at the press of a button — it will simply configure itself.”

The plug and play characteristics are particularly useful for midweek events, when technical staff may not be present. However, with a resident worship band and clergy on radio mics — all supported by line playback machines and video soundtracks, switched to Soundweb from a Kramer switcher/scaler — there is a heavy input requirement. 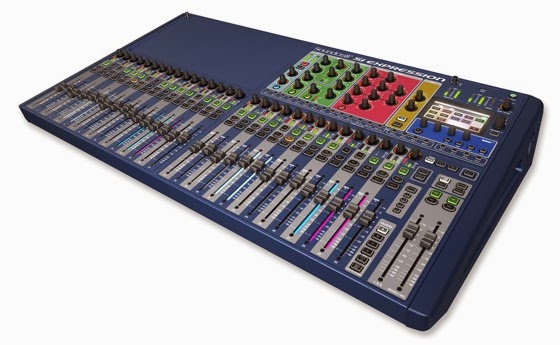 The choice of the Si Expression, Derek says, was axiomatic. “I have seen a lot of digital desks but many you need a degree to operate. What everyone says about the Expression is that it is just so easy to use, particularly if you are familiar with analogue. Customers love it, which is why we also run it in our hire stock.”

The ‘four position’ set-up also gives the AV team tremendous flexibility. “By plugging in the digital stage box at any of the wall sockets, and running it back to the main desk, they can operate from anywhere,” says Derek, who can now reflect on a job well done.

“Everyone has been hugely impressed with the sound system,” he summarises. “Aesthetically the CBT70 is very good and performance wise it’s phenomenal — visually you just don't know there are speakers in there. This undoubtedly gave us the best option within the budget.”

And this is just as well, says the New Day director, as the JBL system will be heard increasingly as St. John’s extends its scope to become a more community focused venue. “It will be almost like a mini theatre,” he says. “In addition, the church is building a community hall next door, which will also be used as an overspill, and will be integrated within the existing BSS environment.”

Finally the installer credits Sound Technology Ltd, UK and ROI distributors of the Harman Professional portfolio, for their support. “They have been a brilliant company to work with. You can just pick up the phone and contact them anytime with any questions.”

The Control 25 is perhaps the most versatile of JBL Professional's Control Contractor Series indoor/outdoor loudspeakers.