Mrs Brown rides into the arena world with Soundcraft

The redoubtable Brendan O’Carroll and his boys have taken to the road with their latest tour, Mrs. Brown Rides Again … fresh from picking up a BAFTA for Best Situation Comedy at the recent BAFTA Awards 2012. 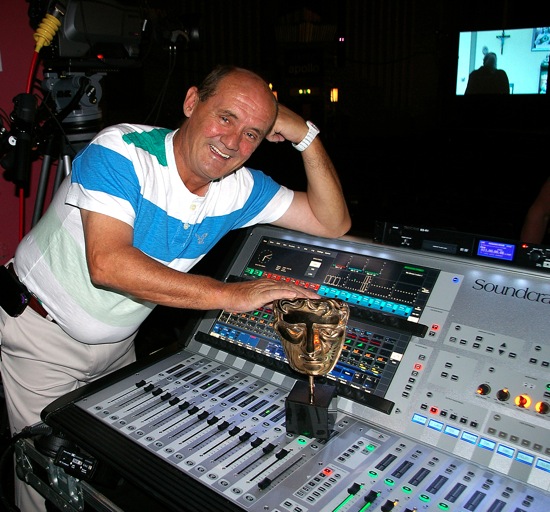 Although this merry band of brothers may appear an overnight sensation, the origins of this strictly family affair can be traced back 12 years and an original drive time sketch on Irish radio IRT. This duly turned it from cult status into a mainstream BBC TV comedy series.

During that time, Liverpool based ADLIB, who are again providing tour support, have seen popularity for the theatre show grow from the Liverpool Royal Court Theatre in the early days to the 11,000-capacity Liverpool Echo Arena, and equally production has moved up — from a Soundcraft GB4 mixer in the early days to one of ADLIB’s fleet of Vi1 consoles (with Vi6 stagebox) — and a fully supporting line array and optical fibre network.

ADLIB system tech Kenny Perrin, who has now supervised three different sound engineers for this show over a seven year period, says the Vi is his go-to digital platform and was delighted to be able to spec it for Mrs. Brown Rides Again. He was even happier that he was able to use the Vi preamp on a show in which intelligibility is everything.

“I really wanted Soundcraft for this … I’ve been using Vi’s for years and there are never any issues whatsoever.

“The Vi1 reduces the footprint of the Vi6, with many of the same features — and that’s important when you have a sell-out tour and need to give seats back to the venue.

“As for the Vi stagebox, I use it because the quality of the Vi preamps is excellent — the less system noise and hiss the better, and this is a lot cleaner. With a theatre show it’s essential to try and set the mood and it’s important that the room goes absolutely silent when you want it to … which is what the Soundcraft Vi platform enables you to do.” The sound, usability and accessibility of the desk, he says, is unrivalled.

The other major challenge facing production is to make the strong Irish dialect intelligible to a mainland English audience. With 14 Lavalier radio mic inputs (under the supervision of Sam Proctor), the signal has been contained in the digital domain as much as possible, using the MADI card on the Vi1 to connect to a remote stagebox by optical fibre transmission. Third party EQ has been used on O’Carroll’s vocals in conjunction with the notch filtering on the desk, and some effects play-ins via S/PDIF.

The step up in production owes much to the relationship between the show’s producer Martin Delany and ADLIB founder, Andy Dockerty.

Delany formerly mixed the sound and current FOH engineer, Gareth Woods (aside from being yet another family member) is also one of his protégées. It’s probably no surprise to learn that Delaney also plays one of the sons in the production.

Another Soundcraft Vi1 devotee, Woods says he cannot believe how easy the desk is to negotiate. “I can't imagine using anything else now,” he states. “Everything is right there in front of you, which you need on a show like this. If you have to start digging through menus within menus, then you are too late. This offers more the feel of an analogue board.”

All of which suggests firstly that the mischievous “Mrs. Brown” does a lot of riffing ‘off-the-cuff’ from show to show, and secondly that the whole show is mixed live.

One unique feature of the production itself takes place 30 minutes before doors, with FOH engineer Gareth Woods conducting the wackiest soundcheck you are likely to hear — in an accurate call and response between the sound desk and the individual cast members on stage — taken straight from the script that the audience would hear later. Now you wouldn't get that on a rock tour!

Following the current stint of shows, Kenny Perrin will take a break for the festival season before resuming when “Mrs Brown Rides Again” into the arena world, in the run-up to Christmas.

Soundcraft is distributed in the UK/ROI by Sound Technology Ltd - 01462 480000 / www.soundtech.co.uk/soundcraft