Ministry of Sound closed last month for its annual technical overhaul — with the Harman Professional brands, distributed in the UK and Eire by Sound Technology Ltd, being the main benefactors. 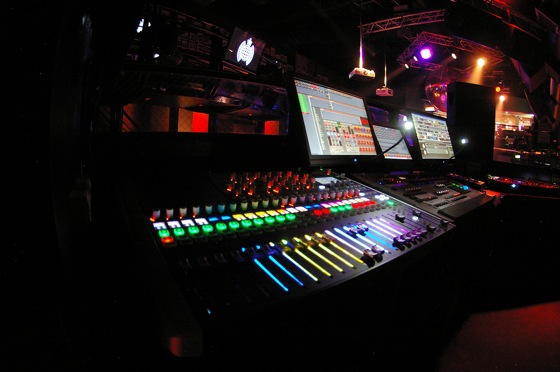 During the three-week shut-down, the world famous club extended its existing BSS network and provided an additional four channels of AKG DMS 700 wireless capability; but the piéce de resistance is found in 103 — the venue’s second dance room — where a new Soundcraft Si Performer digital console now partners the Soundcraft Si2 in the adjacent Box.

This is the centrepiece of a substantial upgrade, authorised by production manager Chris Thoms. 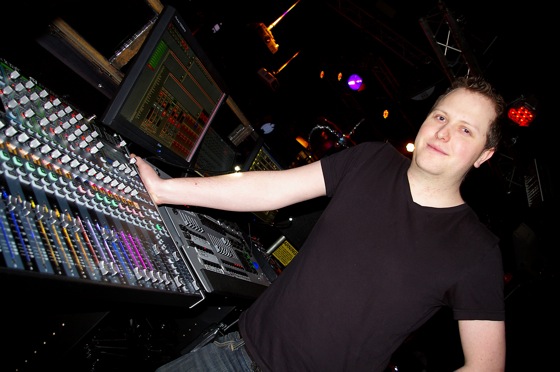 Photo above: Ministry of Sound's production manager Chris Thoms with the Si Performer

Although other spaces within the club have been reconfigured, including the VIP Room, it Is 103 that has undergone the biggest change, in order to bring it more in line with its bigger neighbour. As a result, it is now an adaptable space which can also feature headline acts.

This has included re-locating the DJ console, boosting the sound and giving the room its own dedicated FOH console for the first time, in a new booth offering better sightlines across the dancefloor.

“It made perfect sense to invest in a new console — since we also handle corporate work and film shoots,” said Thoms, explaining the rationale. “We wanted a good sounding desk that was easy to use and spoke to Ben Todd at Sound Technology. Although we conducted a lot of research, this presented the best solution — particularly since the new Si Performer contains all the best elements of Soundcraft’s superior Vi platform — minus the screen.”

At the same time Ministry of Sound purchased a Compact Stagebox, which with the MADI card and single Cat5 connection to the Si Performer gives them a capacity of 64 I/O’s.

“With the I/O expansion not only do we get the increase in channel count but if we have a band playing we can plug in over MADI and the Si Performer will double as a monitor and front of house console,” Thoms continues. It is simple for the FOH engineer to control the console from the surface, whilst a monitor engineer controls it simultaneously via the free Soundcraft ViSi iPad control app (or vice versa). 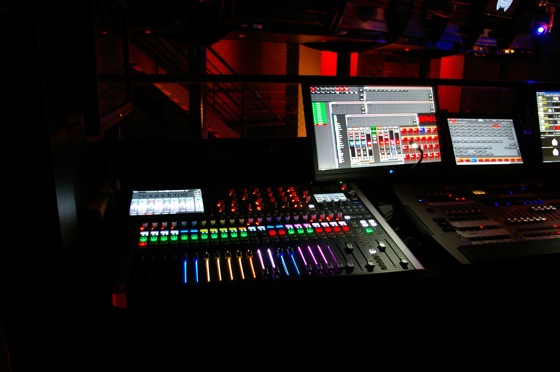 As for channel assignment, the DJ feed takes up four channels, a further four channels are used for booth monitors, there are two crowd mic channels for the radio feed, the AKG radios are on four channels … and the remainder are spare.

Chris Thoms says the immediate increase in sound quality has been matched by the ease of use of the desk.

“The way you assign channels to busses [with the Assignable Fader Layers] and can customise these on any page is fantastic. For instance, our main operating page will have DJ inputs, VCA, busses for radio mics, crowd mic levels and if we want to mix a band we go to Layer B. The desk feels solid and the faders are quick — you seem to get a lot more for your money with an Si Performer.”

At the same time the club has boosted its BSS Soundweb network and with the broadcasting of its live radio shows, has now replaced its Cobranet routing infrastructure entirely to create a new 256-channel Blu-Link matrix, chosen for its low latency. The club has also added a BLU-BOB 8-channel output expander, installed in the radio studio from which they perform a broadcast mix of the two main rooms on a Saturday night. It is also used for logging the broadcast material for PPL royalty purposes, taking a direct feed from the Soundweb network.

Finally, Ministry of Sound has added four channels of AKG DMS 700, with extra receivers and lapel mics to match the four channels in The Box (purchased with D7 capsules last summer for a Hadouken! live show). “We have the diversity antenna, and this will give us a chance to share channels between the two rooms,” he states.

“This significant investment will keep us ahead of the game,” Chris Thoms concludes. “We will now try and incorporate the equipment we have here in our touring concepts around the world.”