Soundcraft Vi series digital consoles may now be prevalent around the world — but few single venues can boast as many as five (plus a vintage Soundcraft analogue console) regularly operating in a single space.But the multi-room Manchester Academy, run by the University of Manchester Students Union on the city’s Oxford Road, can boast just such a feat. 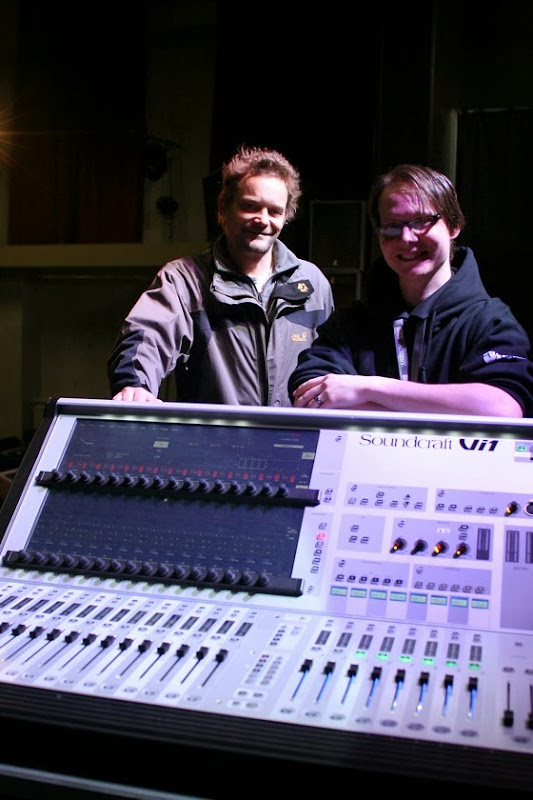 Having historically hired front line sound for its main 2500-capacity Academy 1 from Liverpool-based Adlib Audio, this summer the Union began to upgrade its technical capabilities considerably to ensurehat all four rooms were rider friendly.

The catalyst has been highly experience technical manager Stuart Wright, who was brought in 13 months ago to mastermind the refit. “The venue was very set in its ways and everything needed upgrading when I arrived,” he said.

Although the main room remains on long-term rental — with a Soundcraft Vi6 (FOH) and Vi1 (monitors) from Adlib forming the core of a high premium house rig — Wright quickly took the decision to purchase three new Soundcraft Vi1 desks, with its intuitive Vistonics™ interface.

“Soundcraft works very well for me because it’s consistent across four venues. If I’m training people up it’s no good having a mismatch. It also offers me flexibility should we need to relocate one of the Vi1’s — say for a support band.”

The Academy man has worked on most of the digital platforms during his time in the industry and knows that the Vi is one series of desks for which sound engineers — accustomed to using touring boards — are likely to carry a show file.

“[Engineers] will walk up and just plug into a Vi1 which doesn't have the steep learning curve of some of the other digital desks.”

His other rationale behind the purchase is the imminent arrival of new v4.8 software which supports the ability to increase the Vi1’s physical local mic inputs from 32 to 48.

Stuart Wright has watched Liverpool based Adlib Audio grow over a 25 year period and is indebted to the support he has always received from the supplier. Adlib sales manager, Nick Turner, confirmed the ongoing popularity of the Vi platform after supplying three new Vi1’s to the venue.

One has gone into the monitor position in Academy 2, replacing another digital desk, and FOH in Academy 3, with a further Vi1 in Club Academy, situated in the basement of Student Union building.

Up on the first floor, Academy 2 also has a Vi6, which Adlib Audio installed, while the new Vi1 at FOH in Academy 3 (also known as the ‘Hop and Grape’) is supported by an old Soundcraft MH3 down at the stage.

The Technical Manager would now ideally like to replace this bulky analogue board — to free up additional space in the traditionally cramped monitor position — but for now that belongs to the future.

Soundcraft is distributed in the UK and Ireland, along with the entire Harman Professional portfolio, by Sound Technology Ltd.