A new London West End hotel has opened in Fitzrovia on the site of the former Berners Hotel — a historic building which dates back to 1835. London EDITION is part of Marriott International’s new EDITION luxury brand and reflects the company’s marriage with leading international design consultant and hotelier, Ian Schrager.

This is the first EDITION Hotel in Europe. The template for a cutting edge sound system, originally specified by Marriott’s long-term partners, Clair Systems in the States, has been adapted by Staffordshire-based AV3, and is built around components from the Harman Professional range including JBL CBT column arrays, JBL AE Compact Series and BSS Soundweb London. 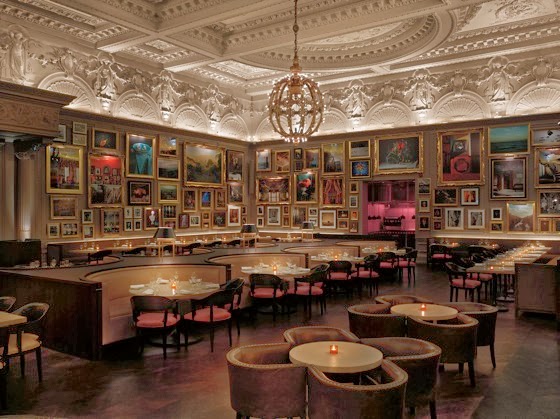 AV3’s MD, Tom Blackwell, has a close working relationship with the Harman company having previously worked for the company’s UK distributors (among other high ranking companies in pro audio, including Clairs’ UK distributor). His new AV3 operation is the result of a merger between previous companies Audio Dynamics and Talk AV to create a stronger focus on high end audio system integration.

Blackwell’s company, under its previous guise, became involved in the project around two years. “The design was Clair’s, and was set up around JBL, although a number of brands were considered,” confirms the MD. This includes JBL Control Contractor ceiling speakers and AC16’s in some of the ancillary areas andJBL312C large format ceiling speaker in the meeting room.

Aside from Schrager’s team, AV3 also worked closely alongside Clair Systems’ designer Jan Luszczek to implement the audio design. His Soundweb matrix enables audio to be routed from any sound source to any zone and makes provision for eight independent DJ plug-in points with balanced connectors to create flexibility.

The principal inputs are from two of Marriott’s bespoke Grey-V media streaming devices with customer profiled playlists which are constantly streamed in via the network before DJs take over at the weekend.

Tom Blackwell states that he only ever considered a column solution for coverage of the principal areas. “We particularly wanted beam control in view of the amount of marble and stucco within a high vaulted ceiling,” he said.

However, a number of proprietary beam steering solutions were scrutinised before JBL’s CBT 70J/JE combination — RAL and Pantone matched in custom colours — was adopted. A total of nine CBT 70J (boosted by eight CBT 70JE) can be found in the lobby, bar and restaurant areas. “The low end extension of the CBT’s was a perfect complement,” he said. “Everyone said how fantastic the sound was and the colour matching also removed any concerns about aesthetics.”

“As for the CBT’s in the corners of the restaurant, you can barely see them — they are so well colour matched that they disappear into the moss green walls.” In addition they have also used a pair of ultra-compact JBL AC16 cabinets as infills, while in the Punch Room Bar a further six AC16’s can be found. AV3’s own custom built low profile subwoofers are built into the banquette seating throughout the ground floor of the hotel. 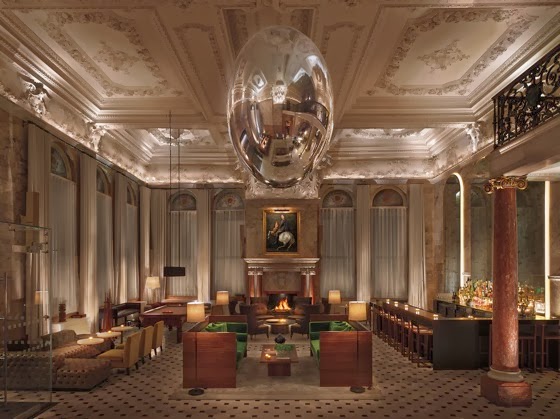 Photo above: JBL CBT70J and JE installed at London EDITION hotel - visible mounted either side of fireplace, in far left corner, and left-hand wall (click for hi-res)

In conclusion, the AV3 MD states, “This is the nicest sound I have heard in a hotel — particularly in the lobby. Everyone has said how fantastic it is and the client is over the moon.”