Rory Alderson may only be 23, but he already has nine years’ experience in the front line, having been in the pro audio industry since he was 14 — mixing sound in both the studio and live environments.

With precocious audio ears it was only a matter of time before he set up his own company — which he did in 2007. Based in Rochester, Kent, RoryAld Live has now provided a Harman Professional solution using multiple brands for the Guru Nanak Darbar — a Gurdwara (Sikh temple) in nearby Gravesend. One of the largest in Europe, it has three spacious meditation halls at its core. 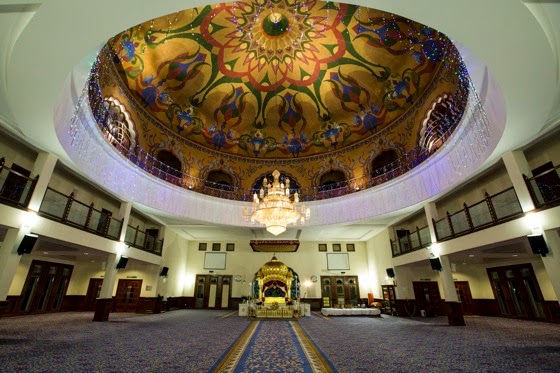 Experiencing problems with reverberance and distortion in the high domed main worship hall — and faced with the need to have its own fully-optimised and permanently installed system — the authorities contacted Rory after being impressed with the quality of the Soundcraft Si Expression mixing console he had used when providing sound reinforcement for a Sikh wedding at the site. “They then invited me back to do their New Year’s Eve event and informed me that they needed a proper system,” he states. And so Rory Alderson started to design a system.

The technician is certainly no stranger to the Soundcraft platform. “I first started using an Si Compact 32 over three years ago and loved it. The effects were amazing and suddenly I didn’t have to carry outboard gear and heavy desks around with me — so I decided to buy one.”

The console was subsequently pressed into service on the regular prestige corporate events serviced by RoryAld Live at nearby Brands Hatch motor racing circuit and in many of the major London West End hotels.

Back at the Gurdwara, Rory Alderson’s start point was to rewire the main hall and install a Soundcraft Si Expression 2 desk (with 24 recallable mic pre amps) at balcony level, along with a digital snake and Soundcraft Compact Stagebox 16 in the drive rack. He then set about configuring the digital matrix. 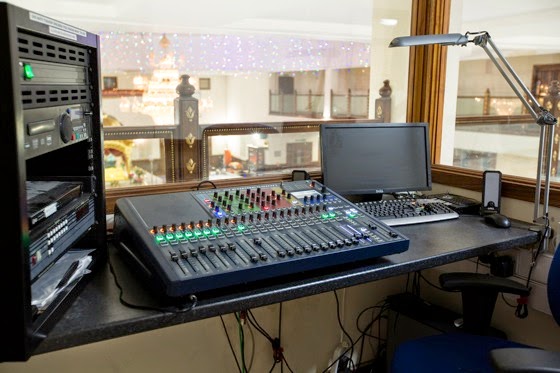 Sound Technology Ltd [Harman Professional’s UK and Eire distributors] introduced Rory to JBL’s new cost effective PRX412 enclosures. A demo convinced him that six could be run in pairs down the rectangular 1000-capacity main worship hall, mounted high up and pointing straight down to minimise echo and reflections. These are delayed towards the rear and run in stereo pairs from two Crown XLi 2500 amplifiers. 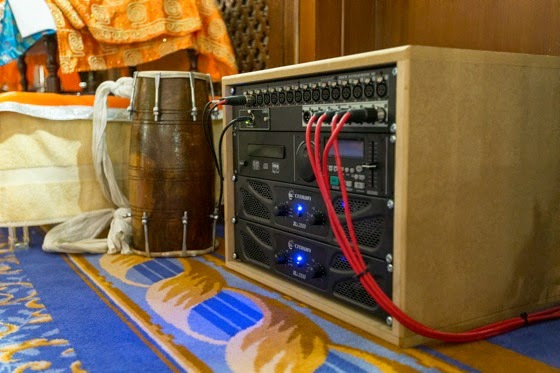 “It made sense to stay within the Harman stable,” he says “The temple operates 24/7 so we needed a solution that was reliable. The 90� x 50� coverage pattern ensured there would be no flat spots.

“We EQ’d the system in the Si Expression 2, which is an extremely user friendly desk, and set the delays in the desk matrix. It’s a vast improvement on what they had before. They can be run both at low volume and at a higher SPL when the temple is full, without feedback.”

Source inputs include an AKG C747 at the palki (the canopy where the book of Sikh scripture resides) and AKG D5s onstage, with live music from AKG D40 instrument mics, as well as line devices such as CD. As for outputs, in addition to the main PA system, the sound feeds pre-existing ceiling speakers in the entrance as well as external loudspeakers. 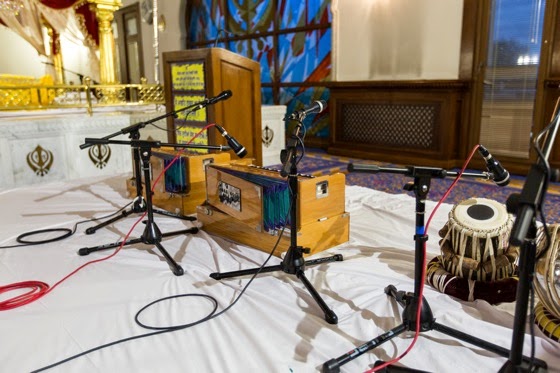 While RoryAld Live will continue to provide special event support for the temple from its rental stock the company’s proprietor can relax in the knowledge that the Gurdwala’s main hall (Darbar Sahib) now has a fully-professional system, overseen by a technician which he has helped to train. 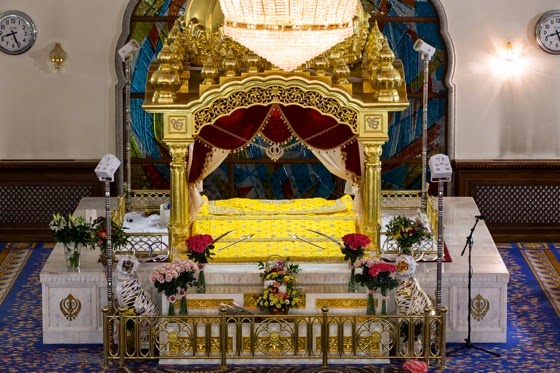 HARMAN products are distributed in the UK and Eire by Sound Technology Ltd. For more information please call 01462 480000 or visit www.soundtech.co.uk/installed-audio

The XLi Series of power amplifiers from Crown represents a new era in affordable, quality power amplification. All four models in the series are powerful, rugged and reliable. They are suited for musicians, DJs, and entertainers as well as houses of worship, discos, and pubs.

The XLi Series of power amplifiers from Crown represents a new era in affordable, quality power amplification. All four models in the series are powerful, rugged and reliable. They are suited for musicians, DJs, and entertainers as well as houses of worship, discos, and pubs. ?

The XLi Series of power amplifiers from Crown represents a new era in affordable, quality power amplification. All four models in the series are powerful, rugged and reliable. They are suited for musicians, DJs, and entertainers as well as houses of worship, discos, and pubs. ?

The Mini Stagebox range from Harman's Soundcraft provides a simple solution to stage connectivity offering a lower-cost option for many systems where the modularity and configurability of the larger systems are not required. …

The Mini Stagebox range from Harman's Soundcraft provides a simple solution to stage connectivity offering a lower-cost option for many systems where the modularity and configurability of the larger systems are not required. …

The C747 V11 is a professional shotgun condenser capsule with a flat frequency response and a clean off-axis response. Due to its brilliant sound reproduction, it is perfect for guitar, piano, drum and overhead recordings. Thanks to its inconspicuous appearance, it is also widely used as a speech and lectern microphone.…

The D5 professional dynamic vocal microphone for lead and backing vocals delivers a powerful sound even on the noisiest stage. Its frequency-independent supercardioid polar pattern ensures maximum gain before feedback.

The D5 stands for a crisp sound that cuts through every mix. The dual shock mount eliminates any kind of mechanical noise for trouble-free live use. The audience will hear the pristine sound of your voice!

The D40 professional instrumental microphone with its solid all-metal body will stand up to the hardships of night-after-night onstage use ?with a smile.? Its patented Varimotion diaphragm uses a unique laminated material to damp high resonance peaks, leading to a quantum leap in audio performance. The transducer is protected by a sturdy wire-mesh cap and can take extremely high sound pressure levels with ease.…