Hailed as the most significant development in audio since the arrival of surround sound the new Dolby® Atmos™ implants cinema into a more natural and realistic sound field — providing total immersion for the audience and transporting them into the story with a lifelike sensory experience.

Supporting this dynamic shift in audio, which reinvents the traditional surround sound methodology by offering a new ‘objects based’ (rather than channel) concept have been Harman JBL® Professional loudspeakers, Crown Audio® amplification and network technologies, which are already declaring themselves Dolby Atmos ready. 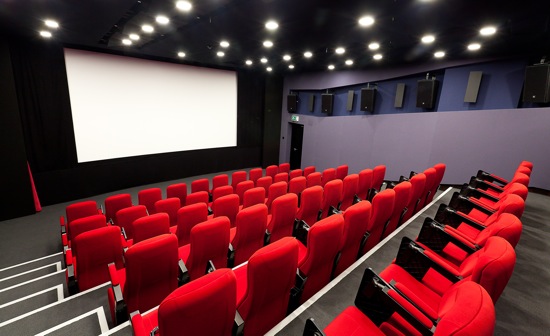 Supplied by Bell Theatre Services Ltd, Dolby Atmos solutions consisting of multiples of HARMAN’s JBL loudspeakers and Crown amplifiers, are already being installed at key sites in the UK with Dolby overseeing the installations.

Two of Dolby’s own facilities have been equipped — Screen 1 at Royal Wootton Bassett and the Ray Dolby Theatre at the company’s new Soho Square facility — as have two post-production facilities at Pinewood Studios and Shepperton Studios. Most recently, the Empire Leicester Square has dramatically enhanced its existing JBL/Crown sound system to become the first Dolby Atmos-ready commercial exhibitor in the UK.

In total close to 200 additional JBL speakers from its AE Application Engineered and Cinema ranges have been installed in these five installations alone, together with over 100 Crown CTs amplifiers. 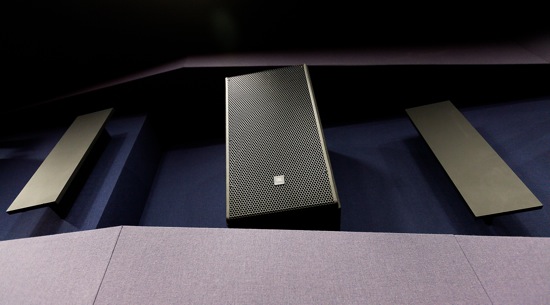 The additional equipment is required because in abolishing the concept of channels Dolby Atmos instead produces 128 individual ‘dynamic audio elements’ for any given scene over 64 separate audio channels via the Dolby processor. This encourages sound designers to think in terms of moving objects rather than directional effects, allowing them to position or pan sounds scenically around or above an audience. 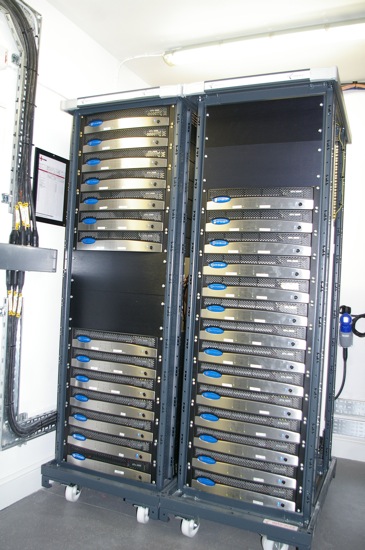 To effectively support precise positioning and movement of sound around the theatre, speakers must be individually amplified and support a wide frequency response and dispersion.

An impressive number of the industry’s content creators, studios, distributors and exhibitors has been quick to respond, as have equipment specialists such as Harman Professional.

Guy Hawley, Dolby Europe Senior Director, Product Sales EMEA said the move had been necessary following the 3D breakthrough created by films such as Avatar. “While we are not favouring any particular companies, as a pre-eminent cinema speaker manufacturer JBL understood it straight away. Dolby Atmos needs to heard through a high quality speaker system — there is a lot of detail going on in the mix; this is a pipeline for the industry.”

The Empire Group, was one exhibitor who immediately saw the attraction, adding extra screen channels and overheads at its flagship Empire Leicester Square — a traditional Harman Professional house — to become the first commercial Dolby Atmos exhibitor in the UK. 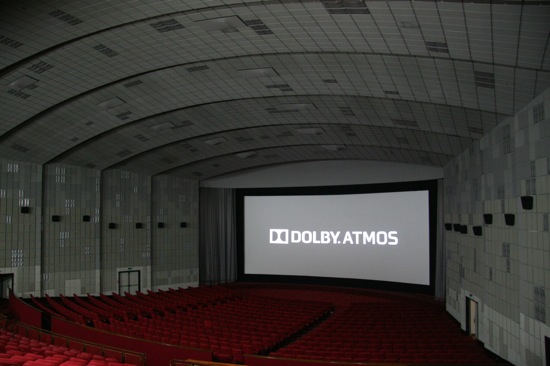 Said AndrĂ© Mort, Technical Director at Empire Cinemas, “When approached by Dolby we immediately made the decision to adopt Dolby Atmos — it’s very exciting because this is the next step forward in sound development.

“At the same time we have a relationship with the Harman brands going back as far as I can remember. One of the stipulations was that we had to be able to retrofit the new components into the existing set up, and we have been able to do that by adding 11 new Crown amps, 14 JBL overhead speakers, and additional JBL front surrounds and rear subs.

“Having carried out several demos we are delighted — you realise just how much the overheads were missed before. The size and high ceiling of the auditorium here provides space for the sound to breathe and the overall effect is a sense of total sound immersion."

The new system debuted with Rise of the Guardians on November 15th.

All JBL and Crown products were supplied by Harman Professional distributor in the UK/ROI, Sound Technology Ltd.

Operating since 2005, Empire Cinemas takes its name from The Empire, Leicester Square, the flagship site within the group which will be celebrating its 116th birthday this year, with the company drawing on a rich heritage of over a century of experience bringing moving pictures to the public.

"Itâ€™s a joy to use, and the podcast producer I lent the kit to also loved it. She was particularly enamoured of the…

"They sound clean, they present the full frequency spectrum, they have a wide but not exaggerated…