AKG’s D7 dynamic vocal mic is proving popular with some of the UK’s new generation of up-and-coming artists.

Chart-topper Jake Bugg has been using one successfully on his concerts this year while Mercury Music Prize nominee Jessie Ware is also finding that the D7 capsule, in conjunction with the versatile DMS700 wireless system, is revealing new detail in her vocal register and enriching the artiste’s timbre, according to FOH engineer and tour manager, Olly Long.

“It offers so much clarity and definition, particularly in the upper-mid register,” he observes. 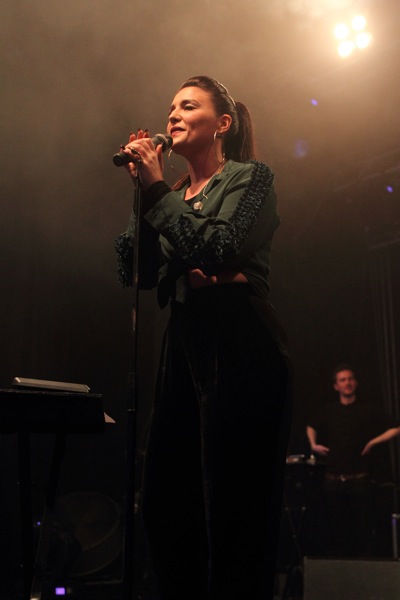 The sound engineer was introduced to AKG’s latest mic and wireless technology at tour production company Cato Music when he was working with dubstep band Hadouken. “We were able to take out a DMS700 and D5 dynamic capsule — and the results were great,” he appraised.

The band then went into the recording studio, and with the summer festival season approaching he was given the opportunity to work with the then relatively unknown Jessie Ware.

“I was told she had an amazing voice but by the opening festival at Manchester Parklife I still didn't know much about her and had to hit the ground running.”

In Europe she played the Pitchfork Festival in Paris and London Calling Festival in Amsterdam before heading straight into a UK tour of mostly small 300-400 capacity circuit clubs to promote her new album Devotion. And this sent Olly back in search of a top vocal mic.

Due to the product’s new Laminated Varimotion diaphragm deep-drawing process the diaphragm itself can be fine-tuned with no extra tuning resonators. This leads to a quantum leap in audio performance.

“The mic worked fantastically in these small venues but I also wanted to see how it would translate to the 1500 capacity Electric in Brixton; since the mic is quite directional, the results were equally outstanding,” he confirmed.

“I had used AKG 414 condensers in the past but never really AKG’s vocal mics and since Jessie has a dynamic voice — ranging from soulful and breathy up to a forceful highly passionate vocal — I did an A/B test with another top mic prior to this tour. The D7 simply blew it away. The detail, particularly in the upper mid vocal range really gave it a spark, and it’s now my first choice. The D7 was even more powerful [than the D5] as a singer/songwriter type of mic in terms of the vocal representation.”

Olly Long says that having achieved the definition allowed him to “really work on getting the vocal to break through the mix, which the other mic wouldn't have allowed. As for the DMS700 digital wireless, it was simply plug-and-play and incredibly clean and transparent.”

In summary, he says, “In a busy tour environment you need equipment to work quickly and efficiently — and Jessie’s vocal line is the most important. I have been able to get that defining quality of the voice simply because of the detail the D7 offers. If I can put a microphone in her hand and she performs effortlessly — almost without realising it — then that’s my job done.”