A little over a decade ago, RaceTech’s Head of Audio Engineering, Robin Dibble, systematically started placing the UK’s racecourses onto a BSS Soundweb digital audio network. However, with the improvement of algorithms, sampling rates and processing speed, the trusty old Soundweb SW9088’s, affectionately-known as the ‘Green’ boxes, slowly made way for a sleeker, supercharged series, with greater I/O flexibility, known as Soundweb London.The most recent high profile racecourse to benefit has been Sandown Park. 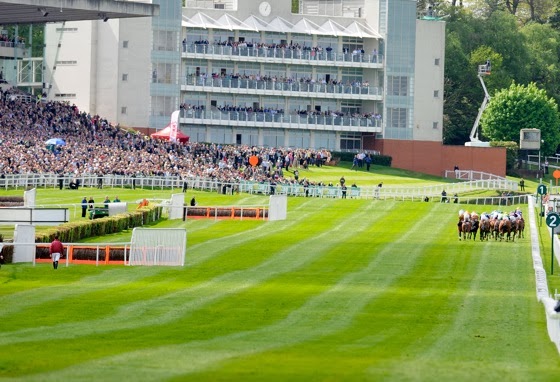 “We had already quoted for the upgrade back in 2010, when we knew the ‘Green’ boxes were going to become obsolete, but we were only recently given the go-ahead to proceed,” said Dibble.

From the installer’s point of view it offers a number of advantages, he says. “Soundweb London devices provide increased processing power and more flexibility. They are easier to use and have better EQ. From the client’s point of view they run over Crestron touch screens which makes it much easier than the old system.”

In a straight swap-out, Robin Dibble has specified four fixed-format BLU-100’s, offering 12 inputs and 8 outputs. These are used with a BLU-120 and BLU-BOB break-out, which provides an additional eight outputs. This gives the facility a matrix capacity of 48 inputs and 48 outputs.

Sandown will depend heavily on that hub as they operate a thriving multi-purpose venue. Aside from the paging system and race day sound coverage they also host conferences, corporate entertainment, exhibitions and other events (including wedding receptions). 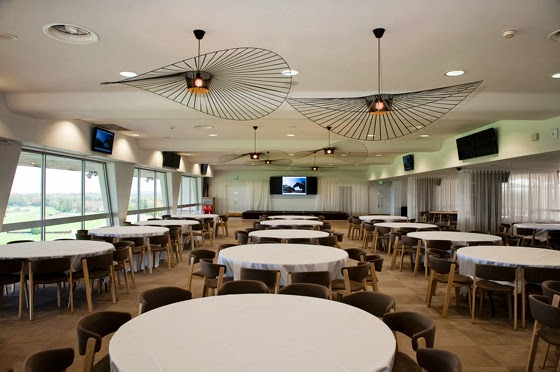 Robin Dibble confirms that all the premier racecourses (where the BSS DSP solution was fitted) have now been converted to the Soundweb London backbone.

BSS Audio is distributed in the UK/ROI by Sound Technology Ltd.