During the long evolution of Novus Leisure’s Tiger Tiger brand, beginning with the pilot unit in London’s Haymarket in 1998, much of the technical infrastructure work has been serviced from companies within the SSE Audio Group — initially Green-i and now the installation division of SSE Audio itself. 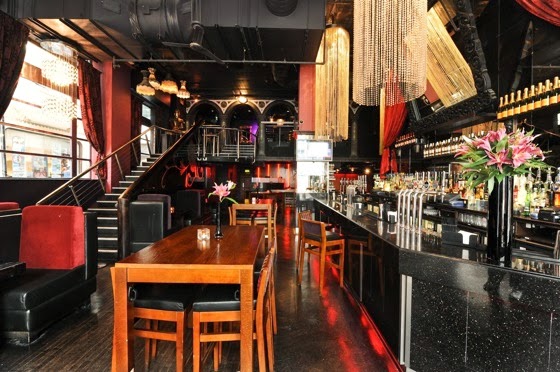 Nevertheless, the Tiger Tiger brand continued to function quite successfully with the original workhorse DSP solution — until recently. But this year it has undertaken a systematic refurbishment — courtesy of SSE Audio, supported by Harman Professional UK distributors, Sound Technology.

As the brand’s technical service and maintenance contractors, SSE Audio has been advising on where the DSP upgrades should be made — and with a one box solution in place, have been rewriting the venue files accordingly.

Emma Bigg, MD of SSE Audio’s installation division, and project manager, Dan Seal, brought around eight of the venues onto the new platform. “This rolling programme is part of a general refurbishment — and where appropriate we have been upgrading the control to provide more flexibility and greater efficiencies,” confirms Emma.

In fact they have been specifying one of he second generation Soundweb London models — the cost-effective BLU-100 with its fixed configuration of 12 inputs and 8 outputs. It also boasts high bandwidth, low latency and fault tolerant digital audio bus of 48 channels — using standard Category 5e cabling to give a distance of 100m between compatible devices.

“This enables the operations to get more channels out of a single unit,” states Emma. “It’s about pre-emptive maintenance and reducing running costs with a problem free solution.

“Typically we will install a pair of BLU-100’s in a site — but sometimes it can be as many as five where television and other media playback devices are involved. As this is a seven-days-a-week operation it also gives them added reliability.”

To complement the main processor, in some instances SSE has been able to retain the original simple BSS “Shrimp’ remote control touch panels — since they are upward compatible with the Soundweb London BLU, but where a site has been earmarked for complete refurbishment, they have upgraded to the more contemporary BLU-3. This simple wall panel allows local level control and source selection by bar staff, without requiring any technical skill.

In conclusion, Emma says, “This move has enabled us to address some important legacy issues. As a result of the upgrade the sites have become easier to service, with reduced maintenance and running costs, and staff are not taken away from their core activities

“Soundweb London is rock solid and by taking these steps it has released the Soundweb Originals into a pool — so that there are back-up units available for venues that still remain in the original Soundweb environment.”