The Latymer School in North London is a selective grammar school for boys and girls aged 11 to 18 — with a stimulating curriculum that includes all forms of artistic performance.

The Seward Studio was opened in February 2010 as a high-tech multi-purpose performance facility, comprising auditorium, theatre, art gallery and media studio. The broadcast quality audio visual infrastructure, designed by former BBC engineer, Don McQuistan, was conceived so that audio and HD video signals could be played and recorded in the Studio, ‘broadcast’ around the campus, or edited and streamed on the web. 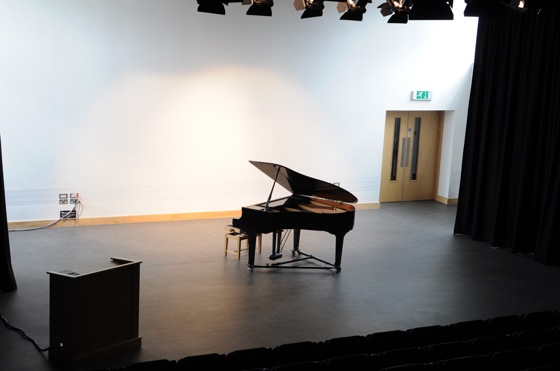 At the heart of the audio system is BSS Soundweb digital control, and in addition to routine radio and stand mics, a pair of AKG C451 mics (configured as a stereo ORTF pair), are situated above the stage area for recording.

The Studio itself has a naturally ‘dry’ acoustic, which, while well suited to lectures and drama, is too ‘dry’ for solo musicians and ensembles.

McQuistan therefore approached Sound Technology, the Harman Professional distributors, to see whether the BSS Soundweb digital network could be enhanced from its role in controlling speaker delays and time alignment to manage artificial reverberation, thereby changing the acoustic characteristic of the space.

The idea was to pass the signal from the AKG C451s through the Soundweb system and into a Lexicon reverb.

They first established proof of concept with the aid of a Lexicon MX300 stereo Reverb/Effects Processor — setting up a number of different scenarios, firing audio from multiple points and optimising the sound when used for different types of performance.

They time aligned the stage fills, the delay and rear auditorium speakers to the centre stage position before picking up the stage sound from the AKG C451’s and EQing them to remove feedback and getting them sounding as natural as possible. Having achieved a realistic representation of the sound on stage they started feeding this into the reverb processor, blending the early reflections naturally present in the Seward Studio with those in the Lexicon algorithm, and relied solely on the Lexicon for the reverb tail. The output of the MX300 was routed back to the BSS and fed out to the speakers.

The reverb was switched in subtly for music performance — giving the long-held notes life and resonance instead of just dying out.

With the concept proven, a Lexicon MX400 Dual Stereo/Surround Reverb Processor was specified for the final install, with three separate reverb presets stored (depending on whether the room needed to be ‘tuned’ for solo classical performance, classical ensembles or pop rock and acoustic). These react gradually and imperceptible, and are handled by the ‘Large Hall’ and ‘Vocal Hall’ algorithms in the Lexicon.

The BSS Audio components consist of a number of BLU-BIBs and BLU-BOBs together with BLU-160 and BLU-120 DSP processors on a digital BLU-LINK. The new Lexicon device connects to the BSS architecture via XLRs. 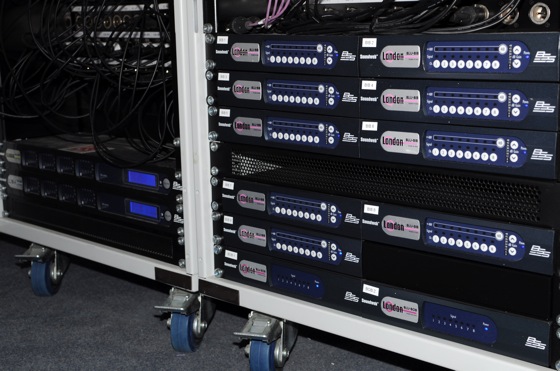 A sophisticated Creston system is used as the ‘user-level’ interface, controlling all functions of the Studio. A critical element facing McQuistan and the school’s studio engineer, Antony Barwell, was to code the Lexicon MIDI commands into the Crestron SIMPL program, so that it could be controlled by an automated touch panel — a process expedited by Lexicon’s sound engineers in the States. Now activation couldn’t be simpler – with just four button operation (three Presets and Off).

Speaking of how this was accomplished, Don McQuistan said, “The concept sounds easy but the devil, as ever, was in the detail. Lexicon US helped interpret the relevant MIDI to HEX strings, and Antony of the School’s IT team coded Crestron. Finally Ben Todd of Sound Technology gave us the benefit of his ‘ears’ and established the optimum settings.”

The installation work was carried out by Robert Bruce of Fox Visual Systems.