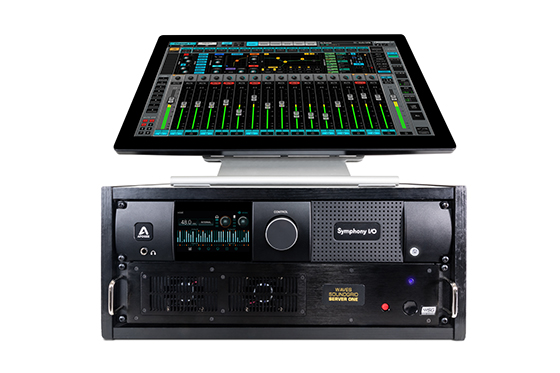 “We’re very pleased to be working with Waves to bring a SoundGrid-enabled Symphony I/O Mk II to Apogee and Waves customers”, commented Sean McArthur, Director of Marketing for Apogee. “Symphony I/O Mk II is a flagship product that reflects more than 30 years of our expertise in making superior digital audio recording interfaces and it’s a platform we are still building on. Adding SoundGrid connectivity to Symphony I/O MkII offers customers the best of both worlds in professional audio quality and ultra-low latency plugin processing over a network. It’s an ideal solution for studio recording and live sound production.” 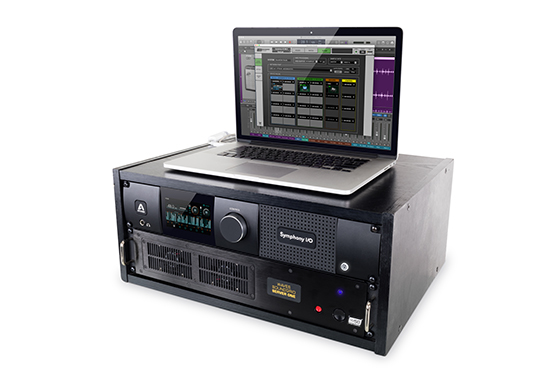 Mick Olesh, Waves EVP of Sales & Marketing, comments, “We are delighted to collaborate with Apogee and offer Waves SoundGrid technology and the use of Waves plugins to the Symphony I/O Mk II, thus augmenting its capabilities and offering users, whether in studio or live, a substantial increase in its ability to network easily, a valuable high channel count per connection and extremely low latency.”

Symphony I/O Mk II SoundGrid is now available in one of three standard I/O configurations: 8x8, 16x16 or 8x8+8 mic preamps. These configurations can be expanded with additional I/O modules to accommodate up to 32x32 simultaneous inputs and outputs.

Waves SoundGrid® is an innovative networking and processing platform for real-time professional audio applications. Ideal for studios, live sound, broadcast, post-production and more, SoundGrid provides an extremely low-latency environment for high-precision audio processing. Together with a server, a Mac or PC host computer and Symphony I/O Mk II, SoundGrid lets you run, in real time, a multitude of award-winning reverbs, equalisers, compressors, and other mixing tools by Waves, as well as any other SoundGrid-compatible third-party plugins.

All configurations are shipping now.

Apogee is distributed in the UK/ROI by Sound Technology Ltd. For more information please call 01462 480000 or visit www.soundtech.co.uk/apogee.