A nationally renowned jazz recording artist in the US, vibraphone player Jason ‘Malletman’ Taylor relies on HARMAN’s AKG microphones to produce the perfect sound in the studio and on the stage. 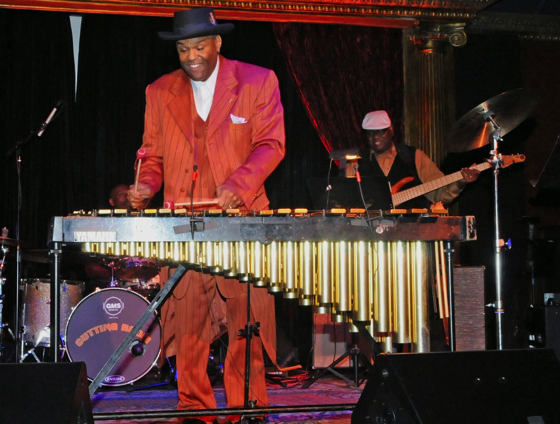 Taylor has played in a variety of theaters and nightclubs throughout his career, while recording and performing with the likes of Tito Puente Jr., Earth, Wind & Fire, Jay-Z, Mariah Carey, Bernard Purdie and Jon Bon Jovi. Malletman sees today’s music as a melting pot of genres, and thus restricts himself to none.

Prior to his game-changing experience with AKG, the 5-time GRAMMY® nominee was forced to become a ‘slinger’ and play the vibraphone with great force in order to be heard. But after his introduction to AKG microphones, it became effortless for him to find the right sound.

“They can hear me well now,” said Taylor. “It’s the best sound I’ve ever played. AKG takes me to the next level in the world of audio. For years I couldn’t be heard, and now it’s a challenge to not hit too hard. Also, I don’t have to worry about accidentally hitting the microphones anymore either, because I know they won’t break like some of the other brands that I’ve tried.”

Taylor uses two AKG C516 ML miniature microphones for his vibraphone and an AKG D5 handheld microphone to speak with the audience while onstage. He also likes to rely on the AKG K550 and K551 reference headphones for all production work in the studio.

“When I make music with the AKG headphones, I can make the sounds that I want, and they just make me smile,” said Taylor. “This whole journey with AKG makes me smile.”

"It’s a joy to use, and the podcast producer I lent the kit to also loved it. She was particularly enamoured of the…

The C516 ML professional miniature instrumental microphone, part of the MicroMics family, is designed for use on accordions, pianos, guitar speakers and keyboard/organ cabinets. Using two C516 MLs (one on the bass and one on the treble side) and an optional B23 L battery power supply is the ideal way to mic up an accordion.

The C516 ML comes with a wide variety of mounting materials, such as screws, adhesive pads and adapter plates, for easy installation on the instrument or amp.