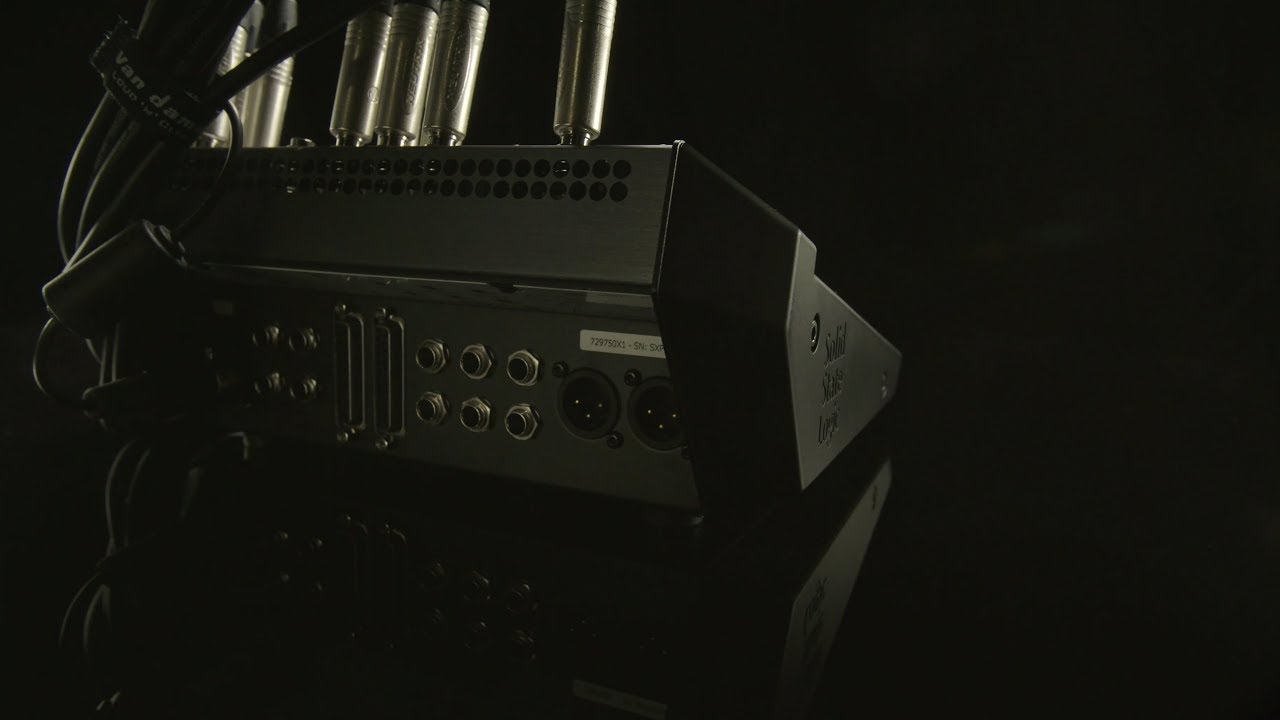 To the casual observer SiX looks like any other compact desktop mixer. Look a little closer and like all SSL consoles, SiX reveals a carefully considered feature set that is driven by an obsessive desire for total flexibility, to encompass every creative eventuality. It may be small but SiX is a classic SSL design. It carries the DNA of 40 years of true expertise in creative studio workflow. Listen to SiX and you will experience the impeccable sonic performance that is the hallmark of every SSL console. It is powerful and intuitive. Inspired and rewarding.

Two Mono Money Channels: SiX gives you a pair of recording channels that deliver outstanding results quickly and easily. They include transparent SuperAnalogue™ Mic' Pre's with a wide 66dB of gain range, phantom power, 75Hz high pass filter and separate line-level input which can be switched to instrument level. Each has a brand-new one knob compressor circuit based on and with the same sound as the classic SSL Channel Compressor. It has program-dependent attack time, fixed release time, fixed ratio and automatic gain make up. There is a new two-band SSL EO that may be switched between shelf and bell curves, with different centre frequencies for each type.
Each channel has a balanced insert point for integrating other processors, and like all SSLs the insert send is always active - so it can be used as a record send to your DAW. SiX has 100mm faders with carefully set fader tapers that give the most control over the most useable gain range for both studio and live production control.

Twelve Line Inputs at Mixdown: SiX has two stereo line input channels with -10/+20 dB trim, balance controls and 100mm faders. If only the Left input of a stereo channel is connected the channel will automatically switch to mono, panned centre. Using the two mono input and the two stereo input channels gives SiX its name, but it also has two stereo EXTernal inputs (with level controls) which can be sent to the mix bus. Include the ALT inputs and we have up to 12 channels that can be summed into the main mix bus.

The Mighty Bus Compressor: SiX has a G Series Bus Compressor on the main outputs. This uses the classic console circuit design but with a fixed ratio, attack, and release settings and a more modern quad-VCA chip. The simplified controls make it very easy to get that SSL glue and snap on whatever you push through your master bus.

Professional Routing & Monitoring: SiX has two foldback buses for artist mixes. The Master Section has main and alternate monitor outputs with a proper monitor source matrix, as well as mono check, dim and cut. The channel mute buttons route to 'Bus B' which can be used as a DAW record send but also routes to the monitor matrix enabling its use as a handy way to monitor a remote source before going live in a webinar. We also have a talkback mic' input with phantom power and SSL's classic, crunchy Listen Mic Compressor.

"It's impossible for me not to fall in love with this sweet but extremely capable little console, and think up countless applications and justifications for purchasing one — and plenty of people will feel the same!" - SOS Magazine 2019

"With SiX, then, SSL has packed its world-leading console know-how and expertise into a compact enclosure that will fit anywhere and that can be taken anywhere; it has done this without compromising on quality or features." - Music Tech 2019

"As desks go it feels quite busy, but every button and meter serves a purpose or even two, and being able to switch features in and out will appeal to audiophiles." - Music Radar 2019 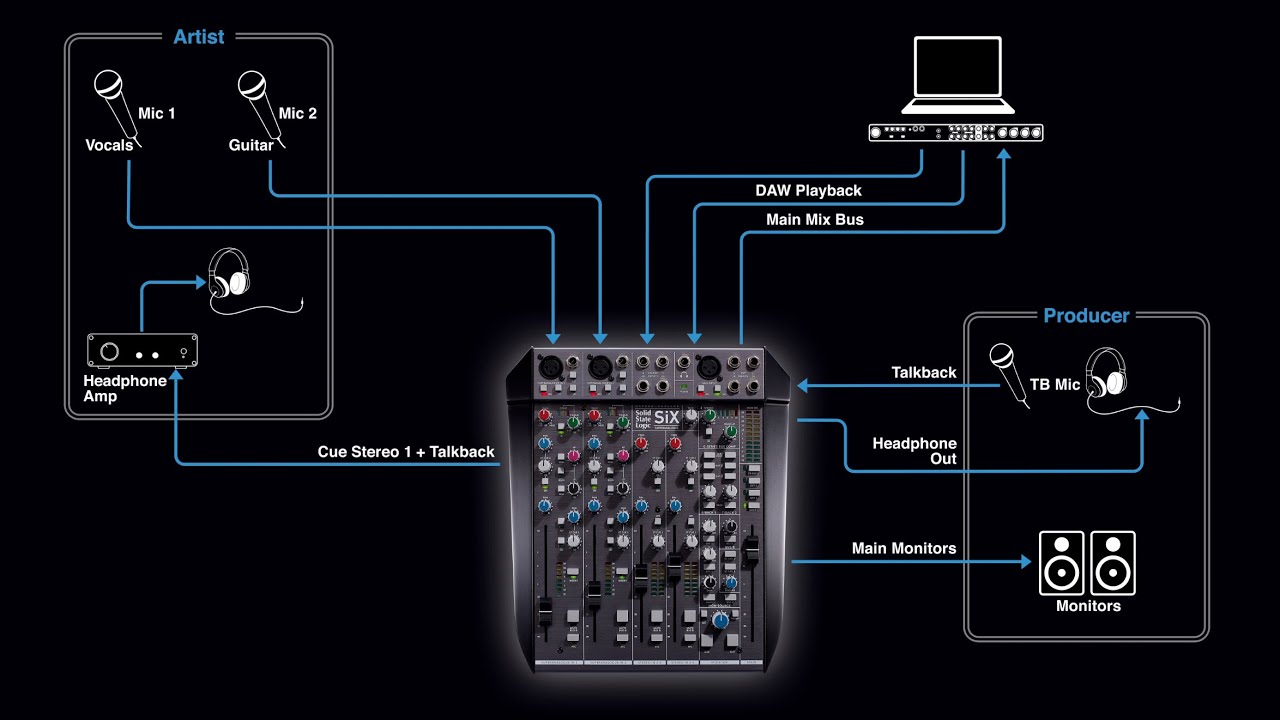 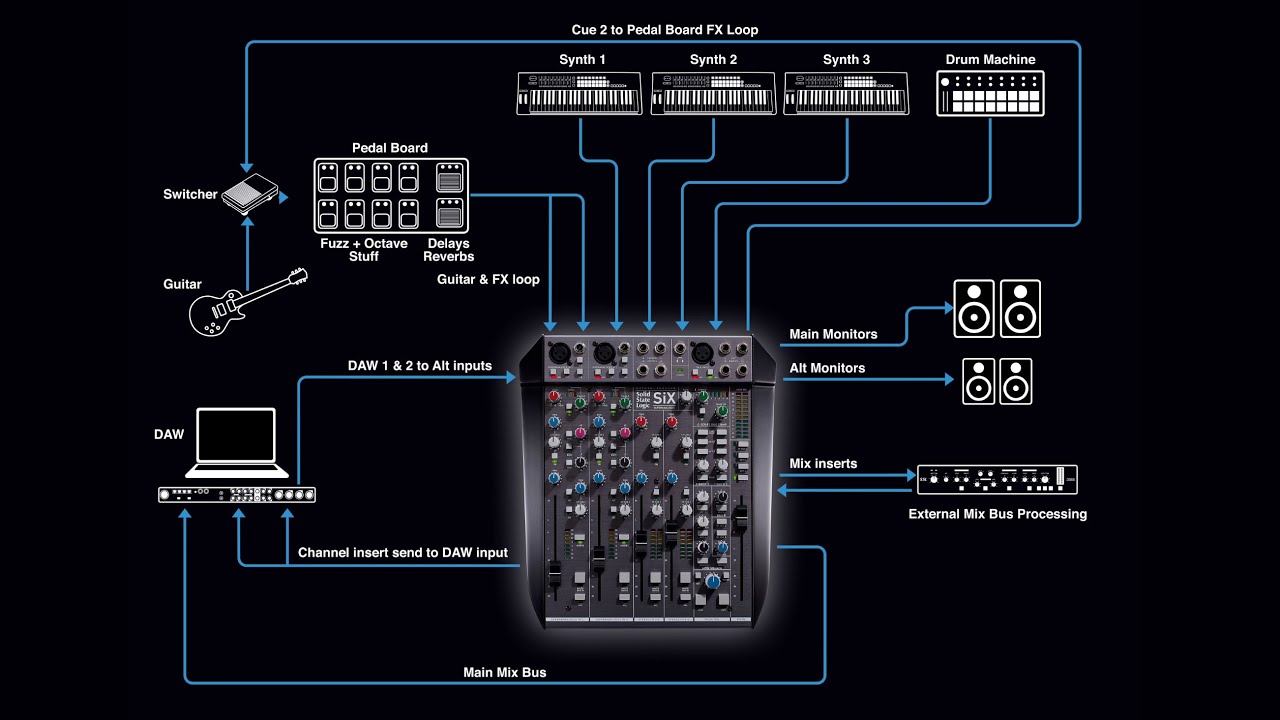 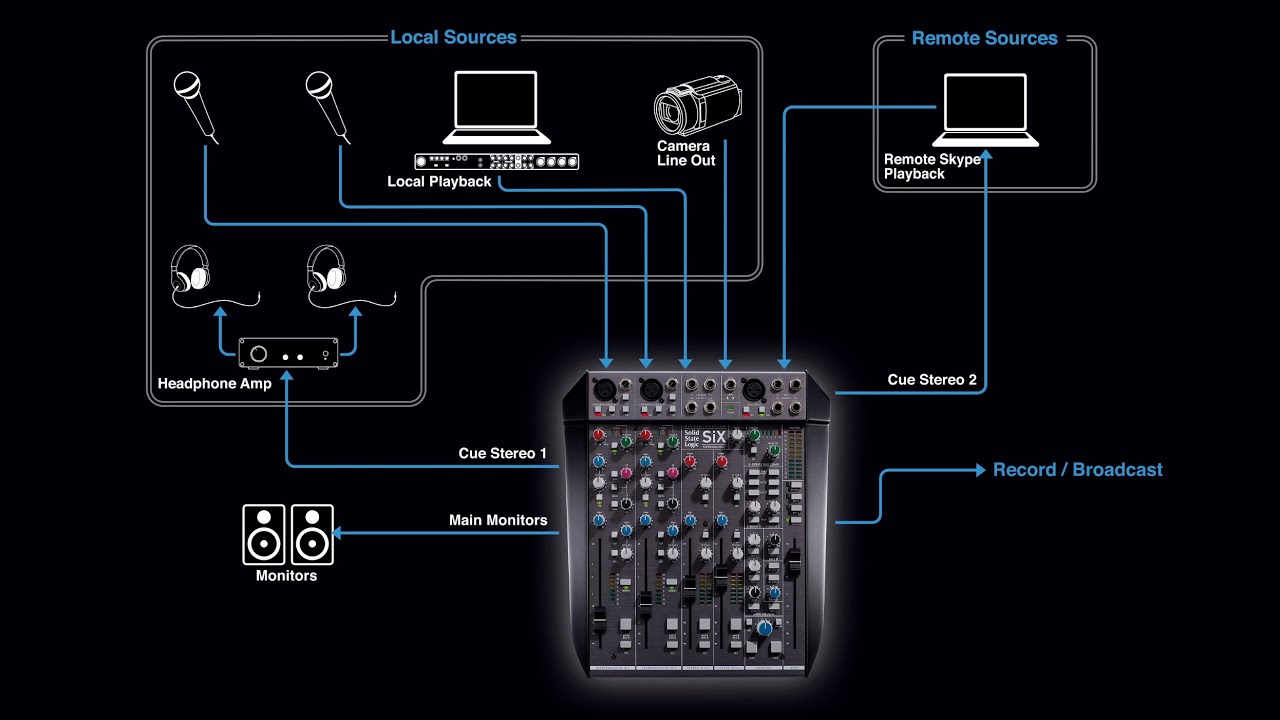 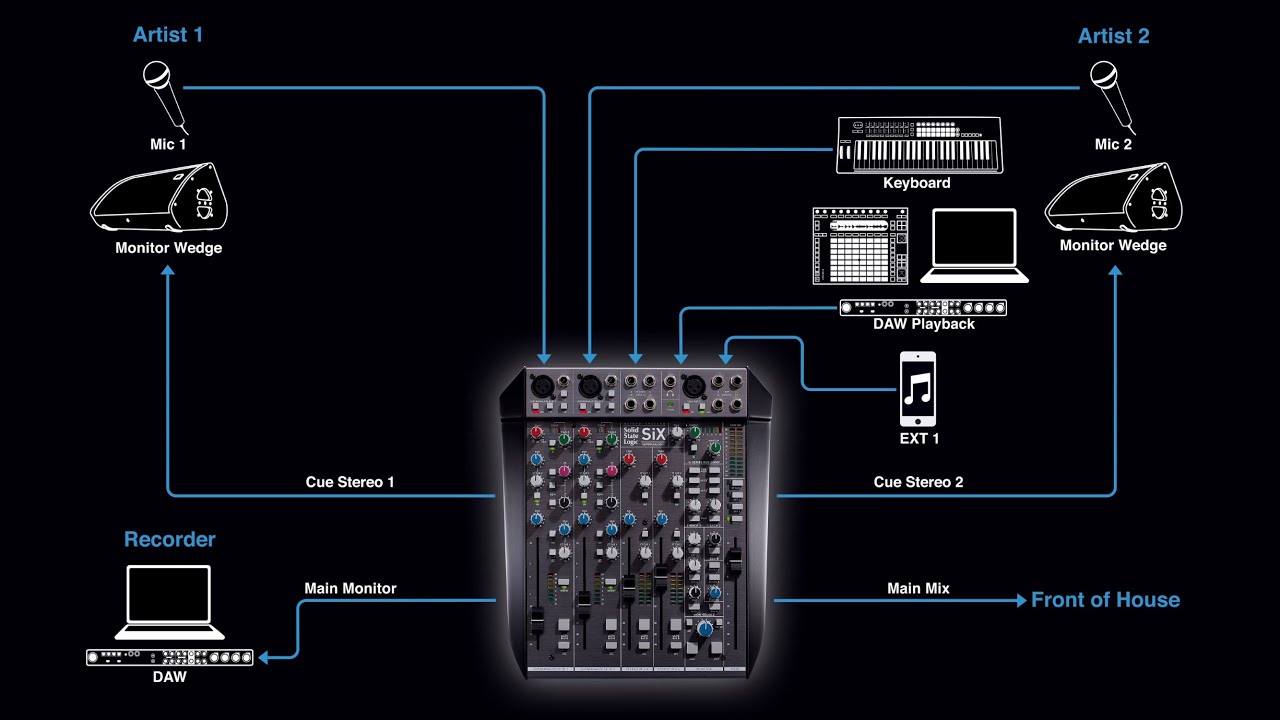 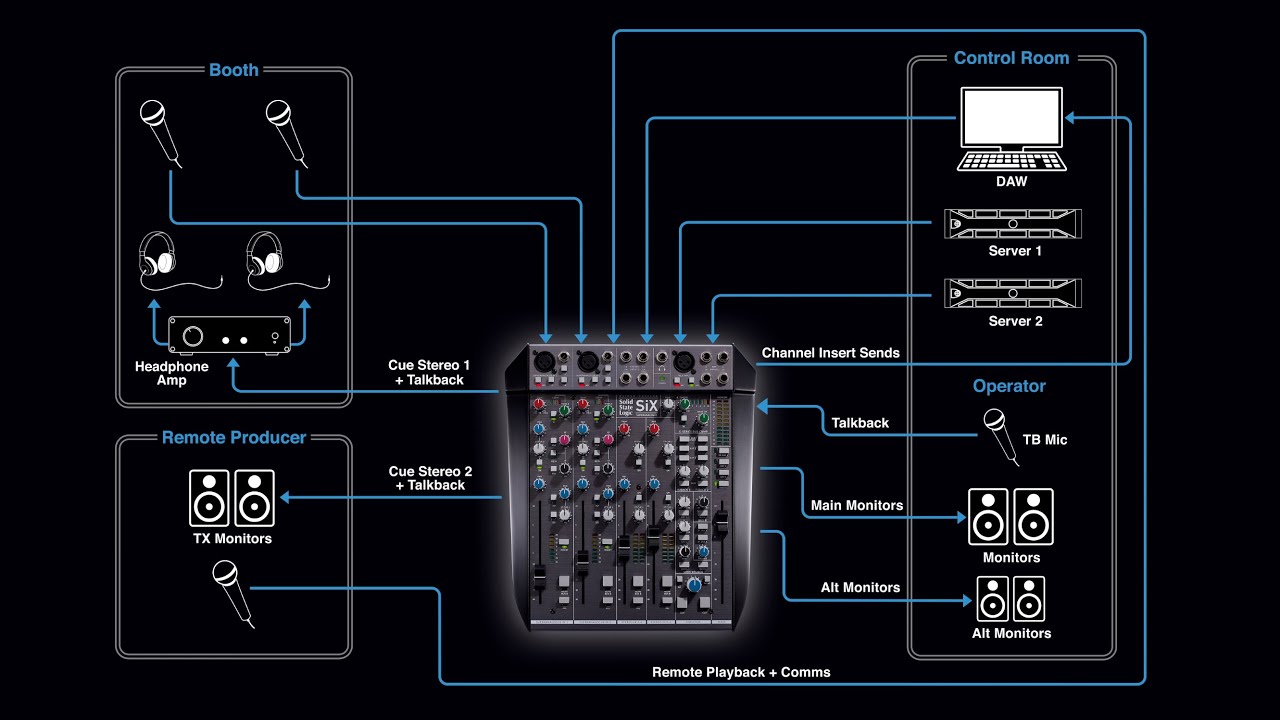