Tracktion and ROLI have announced that Waveform, the newest and most advanced digital audio workstation from Tracktion, will be bundled with every ROLI Seaboard instrument including the new Seaboard Block. The hardware-software combination will allow more musicians to easily create and edit projects with the full expressivity of MIDI Polyphonic Expression (MPE). 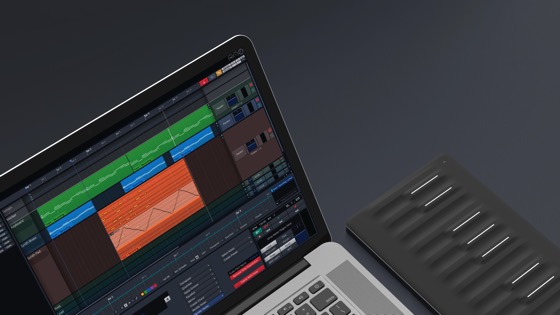 Waveform offers a plug-and-play experience for ROLI’s Seaboard and BLOCKS instruments. Setting it apart from other DAWs, it seamlessly receives complex MPE data and has a user interface that helps musicians visualize and edit all of the expression parameters of MPE on multiple tracks all at once. Released in May 2017, Waveform ($99) builds on the legacy of previous Tracktion DAWs in providing production tools that are approachable to untrained musicians but also valuable to the workflows of professionals.

The release of Waveform coincides with the launch of ROLI’s Seaboard Block, which is now shipping. The most portable and affordable model of ROLI’s award-winning Seaboard, the £279 Seaboard Block is also the newest Block in ROLI’s award-winning BLOCKS system. Along with the other MPE controllers in the BLOCKS range, Seaboard Block opens up multidimensional expression to more people than ever before. It is “far and away the most affordable MPE controller on the market” (Reverb).

Julian Storer, director of software architecture at ROLI and a cofounder of Tracktion, said: “The integration of Waveform with ROLI instruments like the Seaboard shows how hardware and software can combine to let people make music both more expressively and also more efficiently. Pairings like these will hugely improve musicians' experiences.”

All current and future owners of a Seaboard Block, Seaboard RISE, and Seaboard GRAND will now receive free licenses to Tracktion Waveform worth $99. This adds to Seaboard software bundles that include programs such as ROLI Equator and Equator Player, FXpansion Strobe2, MaxMSP, and NOISE.

The bundling of Waveform with Seaboards is the latest collaboration between ROLI and Tracktion, whose teams previously worked together on aspects of ROLI’s free NOISE app. Using simple, easy-to-learn gestures, NOISE lets people create beats, melodies and songs on the touch screens of their mobile devices.

Dave Christenson, cofounder of Tracktion, said: ”ROLI has previously made use of our highly efficient, flexible and powerful audio processing codebase. We’re thrilled that their team is expanding our cooperation by bundling the Waveform DAW with their popular Seaboard instruments.” 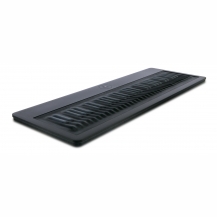 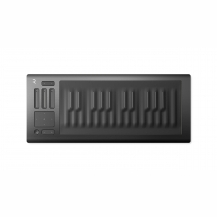 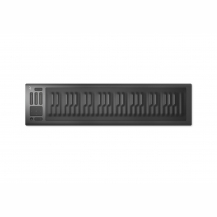 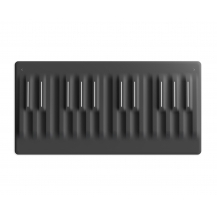 The Seaboard GRAND is a radically new musical instrument that reimagines the traditional keyboard. The Seaboard GRAND features gloriously tactile silicon keywaves that allow you to utilise your muscle memory and keyboard knowledge to play like any other keyboard instrument and also so much more. With the unique key wave material and patented sensor technology you can now achieve not only just aftertouch, but continuous touch, individual note pitch bend and per note vibrato – all at your fingertips!…

The Seaboard RISE 49 is a revolutionary MIDI controller. It remodels the keyboard as a soft, continuous surface that responds to touch. Playing on its unique “keywaves,” music-makers shape sound through intuitive movements such as striking the keywaves, pressing into them, gliding from left to right along them, or sliding up and down them. A whole new level of expression becomes possible through the RISE 49’s “Five Dimensions of Touch”. The instrument combines the deep expressiveness of an acoustic instrument with the versatility of an electronic instrument.…