ROLI today launches a new model of Lightpad Block and a sweeping series of upgrades to its NOISE app that further advance the position of ROLI BLOCKS as the most versatile and expressive portable music creation system on the market today. 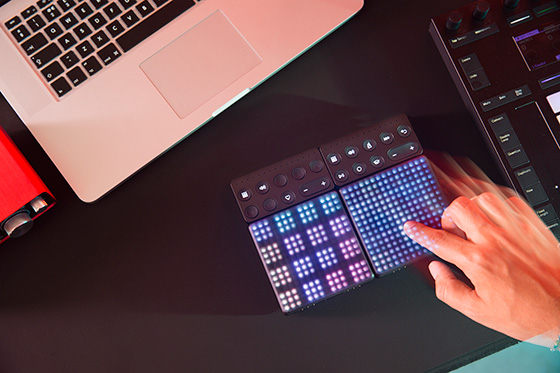 Roland Lamb, founder and CEO of ROLI and inventor of the BLOCKS system, said: “In the last 10 months since we launched BLOCKS, we have continuously evolved the system with software and firmware updates as well as new hardware components like the Seaboard Block. Today with the release of the Lightpad Block M and NOISE 3.0, we are even more firmly establishing BLOCKS as the most powerful way to create music on the go. You can configure an endless number of production workflows and enjoy a range and depth of expression that was hard to imagine just a few years ago.”

The Lightpad Block M is the next generation of the Lightpad Block, a surface for sonic control, that launched in November 2016. Music-makers can recreate the sounds of drums, cellos, flutes, uplifting synths, and hundreds of other instruments just by touching the Lightpad Block, which is both a palm-sized music-making device in its own right and a piece of the expandable BLOCKS system. The Lightpad M creates an even more sensitive and precise playing experience that is on par with ROLI’s premium instruments like the Seaboard RISE. 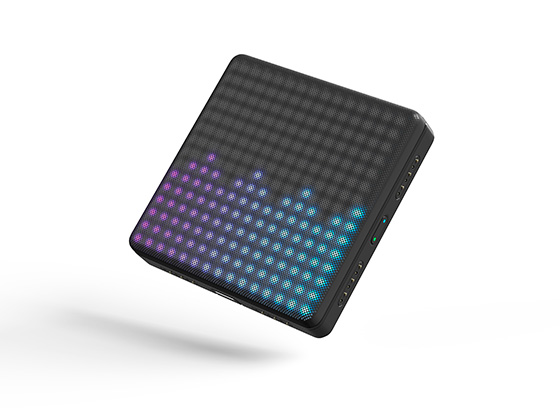 Advancements of the Lightpad M include:

Microkeywaves. Inspired by the wave-like undulation of keywaves on the surface of ROLI’s Seaboard instruments, the microkeywaves of the Lightpad M provide additional tactile feedback on an already sensitive surface. They mark a major revision from the flat surface of the original Lightpad Block.

Brighter surface illumination. The Lightpad M is 50% brighter than the original Lightpad Block. It features a higher contrast display and a much richer range of colour definition. 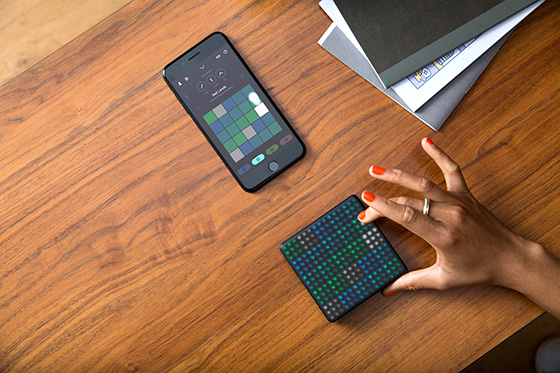 NOISE 3.0: The newest version of ROLI’s free app introduces improvements to clip launching, clip editing, and user-interface navigation as well as new acoustic sounds. Together with the recent introduction of Seaboard View and Mixer Mode, the updates make NOISE 3.0 a versatile sketchpad for making music on the go. Download or update NOISE to explore.

Acoustic instrumental soundpacks: Stunningly realistic cello, violin, clarinet, saxophone, and other acoustic instrumental sounds are now available in NOISE. Treble Quartet and Bass Quartet are two new soundpacks created with the SWAM engine by master sound designers at Audio Modeling. Bass Quartet is now bundled with the Lightpad M, and Treble Quartet is bundled with the Seaboard Block. Also available for $9.99 in the NOISE Soundpack Store.

NOISE Audio Unit for GarageBand: Over 400 polyphonic sounds from NOISE are now available to play and edit in GarageBand, Apple’s popular music production program that comes with iPhones and iPads. Music-makers can bring their favourite NOISE sounds directly into their GarageBand workflows with the new NOISE Audio Unit plug-in for iOS. The integration shows how NOISE is becoming the center of an expanding ecosystem of music-making tools not only for mobile but also for desktop.

Strobe2 Player: A desktop sound player version of the acclaimed polysynth from FXpansion. Strobe2 Player is fully compatible with MIDI Polyphonic Expression controllers like the Lightpad M. Explore 50 presets and 3 macros from Strobe2 — and upgrade to the complete Strobe2 synth for $79. Now available to all Lightpad Block and Seaboard Block owners. 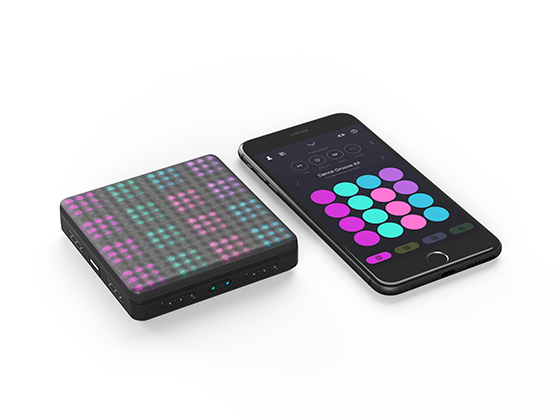 The original Lightpad Block remains available. Sharing the expressiveness, versatility, and portability of the next-generation model, it remains the most affordable entry point into the BLOCKS system. ROLI is delighted to offer software upgrades to all owners of the original Lightpad Block. NOISE 3.0, Ableton Live Lite, Strobe2 Player, and the GarageBand audio unit expand the creative possibilities for anyone making music on either model of Lightpad Block.

The release of the Lightpad M is the most recent moment of growth for the BLOCKS system as a whole. Launched in November 2016 with the Lightpad Block, Loop Block, and Live Block, the system recently added the Seaboard Block — a super-powered keyboard modelled on ROLI’s Seaboard RISE — plus the Touch Block. The Lightpad M introduces another modular component to build an instrument that suits any setup, any style, and any skill level.

To hear the power of the Lightpad M and see how it expands, watch our new film today. Learn more about BLOCKS on www.roli.com. 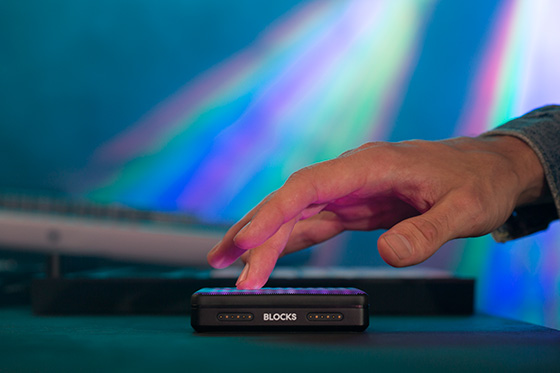 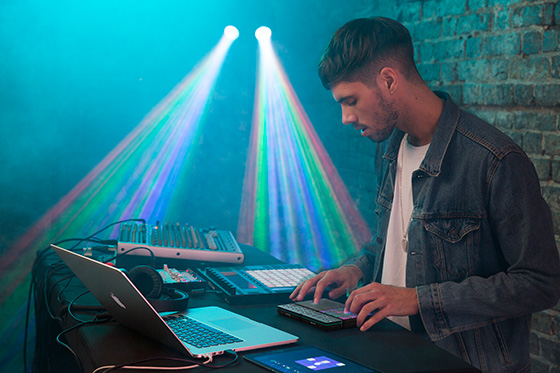 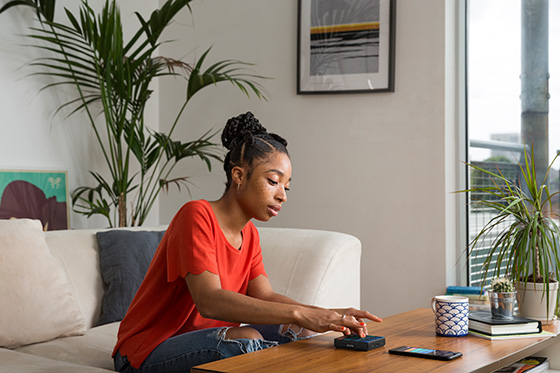 Production Expert has become one of the most visited music and post-production websites on the web, outlining essential…

Its redesigned interface allows for even more precise and expressive playing. Dimpled with 225 micro- keywaves, the new Lightpad Block enhances the extraordinary tactile feedback of the original for an altogether more responsive playing experience. Designed to control any sound from drums to cinematic atmospheres, Lightpad M comes with an expanded suite of software including Equator Player and the Tracktion Waveform and Ableton Live Lite digital audio workstations.