After winning a competitive tender to provide a technical infrastructure at the London School of Economics’ new Saw Swee Hock Student Centre in central London, LSI Projects wasted no time in turning to the Harman Professional catalogue. 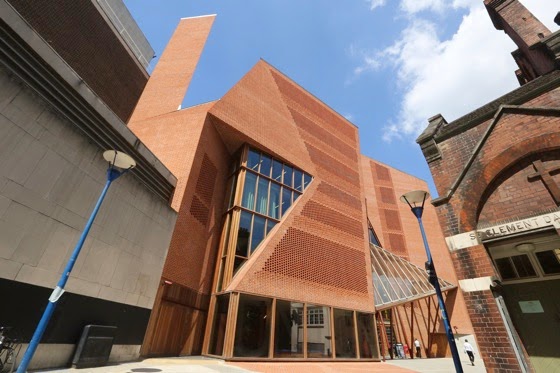 Responding to a specification drawn up by consultants, Arup — to supply and fit sound and communication, lighting and staging systems in the 850-capacity nightclub/live venue — they constructed their digital routing network around BSS Audio Soundweb London components, before turning to sister company Soundcraft’s digital VI platform for the main FOH and monitor mixing consoles. 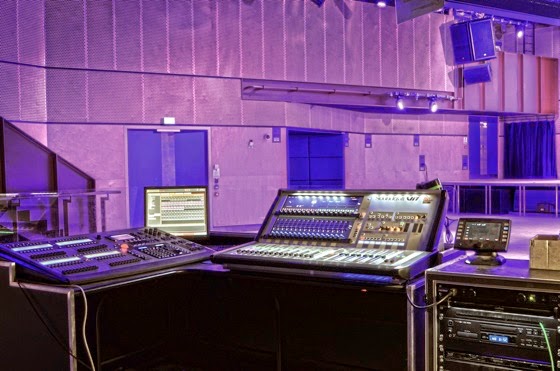 Named after an alumnus who made a sizeable donation towards the £24m development cost, the building itself was designed by Irish architects Sheila O'Donnell and John Tuomey (O’Donnell + Tuomey).

Working alongside main contractors, Osborne, LSI Projects were responsible for fitting out the basement nightclub to a high specification. They chose the BSS Audio Soundweb London platform having worked with it successfully many times in the past. Said project manager Ian Thomas, “We know its capabilities and know whatever situation is thrown at the system it can deliver.”

They have specified three fixed configuration BLU-100’s (12-in/8-out) — one in the main space, one in the ground floor pub and one on the fourth floor. These route signals from six floors and the nightclub over BLU-Link, BSS Audio’s proprietary low-latency, fault-tolerant digital audio bus of 256 channels that can be connected to compatible BLU-Link-enabled devices via Cat5e over long distances. Together with discreet BLU-3 wall panel remotes, this allows local source selection and volume control on every floor.

Each of the eight rooms has two local inputs and a global input from the main space.

Thomas goes on to explain that use of the BLU-Link provided them with an elegant and cost-effective solution. “The system throughout the entire building did not warrant an Ethernet transport system as the channel count between venues was quite low. This made the BLU-Link option the obvious choice as it is built into the device without the requirement of external cards or hardware.”

LSI Projects then turned to the main mixing platform, specifying two Soundcraft Vi6’s (connected via MADI to a Vi Stagebox 64-in/24-www.googout to mix the music from the point source PA system).

One Vi6 is used at FOH and the other for monitors, and since the Student Union contains a radio station as part of the building they will be able to use the MADI link for broadcast/record purposes should the need arise.

Of the Vi6 Ian Thomas says, “We recommended this desk in view of its advanced feature-set and intuitive operation. The LSE uses freelance sound engineers to operate the system and every one of them has had nothing but positive statements to make about the Vi6.”

In conclusion, Nick Minshull, LSE Students’ Union Bar and Catering Manager, said, “The Soundcraft mixing desk has allowed us to open a wider range of entertainment, appealing to the diverse student body we have here at The London School Of Economics Students' Union.”

As part of the Harman Professional portfolio, Soundcraft and BSS Audio products are distributed exclusively in the UK/ROI by Sound Technology Ltd.

The BLU-3 wall panel is a simple controller which allows the designer to provide level control and source selection or preset recall in a simple wall-mounted panel.These controllers connect to the control ports on the rear of any BLU-16, BLU-32 or BLU-80 device.The BLU-3 offers a rotary fader and a five-way switch. The switch could select system presets (configurations specific to times of the day for example) while the rotary control could be assigned to act as a zone volume control. The switches on both units have blank areas for marking the switch functions, either directly onto the white…