When system integrators, Vanti, won the contract to provide an end-to-end AV infrastructure across nine floors of the Library of Birmingham (LoB) — one of the UK’s outstanding new monuments on Centenary Square — they sourced most of their audio requirements from the catalogue of Harman Professional, distributed in the UK and Ireland by Sound Technology Ltd. 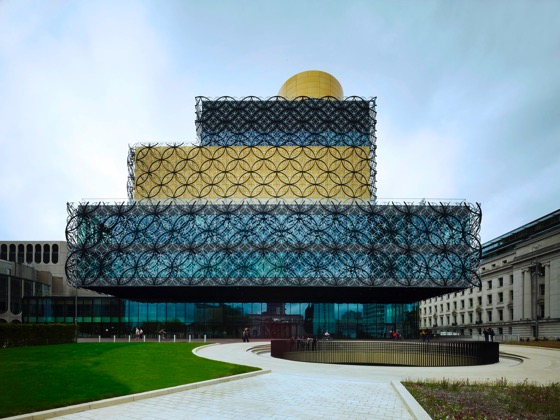 Vanti founder, Raj Patel notes, “With a £190m project, the equipment had to be fit for purpose and we opted for the Harman Pro solution following a number of commercial discussions with the manufacturers. We were happy to engage with Sound Technology because they were willing to work closely with us and provide a competitive price across all five brands that were specified."

Inside the building’s shimmering façade, clad with interlocking metal rings, Vanti worked alongside main contractors Carillion and architects Mecanoo, to deliver state of the art navigational interactivity for the Library’s many visitors. The system integration was overseen by Patel himself.

However, the project was far from straightforward. Despite the building being new, all the Cat7 cabling needed to be retrofitted, requiring existed floors to be lifted. And with a change of government part way through the project, the new leaders of Birmingham Council decided to radically scale back the budget for audio visual — hence the need to get as much bang for their buck from the Sound Technology portfolio. At the same time Vanti extended their commitment to Harman owned companies by placing the entire installation under master AMX control.

The interior is a mazy section of zones, designed around a staggered rotunda and linked by escalators over the nine open plan floors, with the well running through to the giant atrium where Reception, Café and Studio Theatre link with Birmingham’s famous Rep Theatre. Elsewhere there are areas designated ‘Discovery’, ‘Knowledge’, Business, Learning & Health’, ‘Secret Garden’, ‘Mediatheque’, a multipurpose ‘Gallery’ space, a Google Digital ‘Garage’ (a growth engine for local businesses), a top floor Shakespeare Memorial Room … oh yes, and three floors of books. 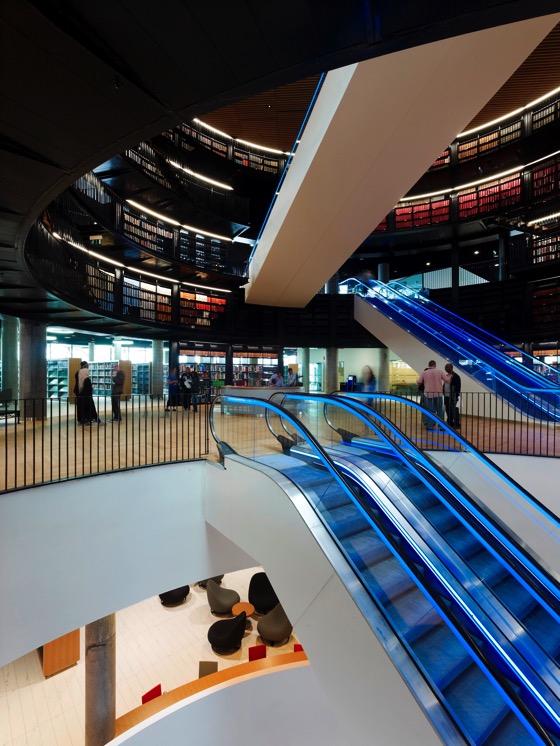 Vanti drew heavily on JBL’s Control 67 Pendant speakers, deploying 50 application dependent fixtures (42 of the Control 67 P/T and eight of the C67 HC/T). The Control 67 P/T contains a large 6.5in transducer and the extra-large RBI Radiation Boundary Integrator™ providing outstandingly even 120° pattern control (which minimises the number of speakers required without sacrificing performance). The Control 67 HC/T, on the other hand, is a high ceiling variant, offering narrower (75°) dispersion and ideal for use in spaces such as the high ceilinged foyer. 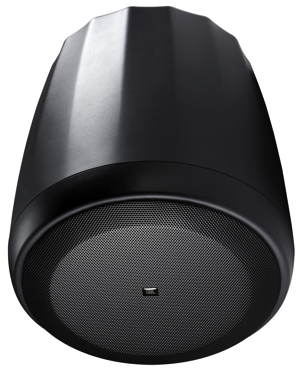 Driven by Crown’s low impedance XLS1000 DriveCore amps, the P/Ts are found in many locations including the multipurpose Gallery and above the signage screens on the various floors, in the seventh floor boardroom and meeting rooms.

The design brief was that for these black speakers to largely be mounted high behind black ceiling grids as a concealed sound source — and that discreet implementation is maintained throughout.

Comms rooms are situated on most floors and these, too, had to be retrofitted with drive racks up to 42U high. Raj Patel explains that their task was helped by the efficiency of the Crown DriveCore amps. “At just 1RU, they provide extremely good power and quality in an economy of space, at a really attractive price,” he said. 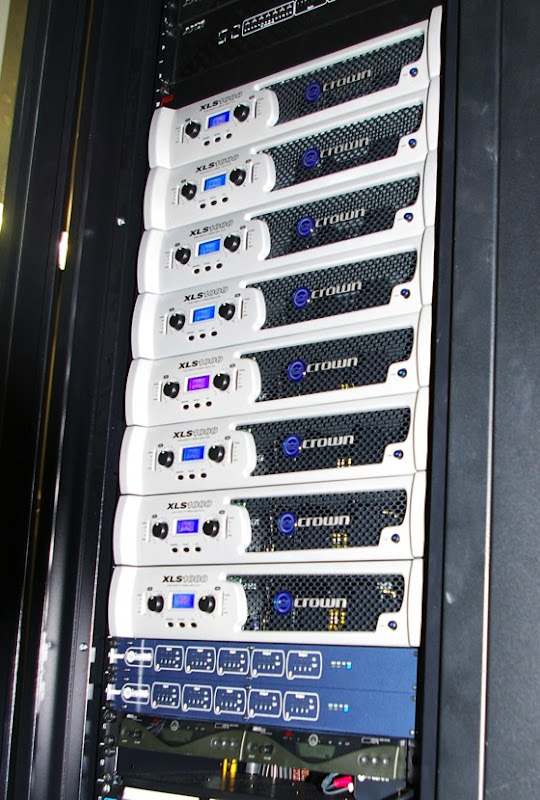 Elsewhere Vanti have made good use of JBL Control 128W (8in) in-wall speakers, Control 226C/T coaxial 6.5in ceiling speakers and Control 24C Micro, with 4in woofer — all maintaining the low visibility footprint.

Audio control is provided from a number of sources. For the public facing areas it’s largely line level output from the OneLan signage system, developed by the LoB. In the conference areas audio is sourced from local HDMI/VGA inputs, as well as a Blu-ray player and mic inputs from the larger rooms.

Distribution is via 13 networked fixed format (12-in/8-out) Soundweb BLU-100 DSPs from BSS Audio — another Harman Professional company. These route signals across the numerous zones and contain gain structure, mixing functions and are responsible for fire alarm muting. Most of these are stand-alone systems but where certain levels accommodate two comms rooms, the DSP is networked via BSS’s proprietary Blu-Link. The fire alarm itself triggers the central AMX control that sends out IP commands to Soundweb to mute the system in an emergency situation.

Finally, there is a flightcased rolling rack comprising three channels of AKG WMS-470 radio mics (with D5 capsules), Crown XLS2000 amplification, driving JBL PRX412M loudspeakers and at the top is a Soundcraft Si Expression audio mixer. This can also be plugged into floor traps in the atrium (and will also be muted in the event of fire alarm override. 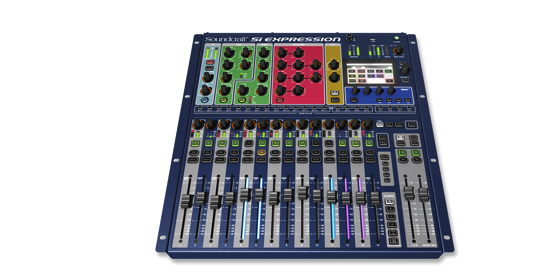 In conclusion, Raj Patel states, “The contract presented one of our biggest challenges. Aside from working within a severely reduced budget, the time frame was extremely tight and we had to put in some serious hours to retrofit cabling infrastructure into a building of that scale.

The system has been carefully designed so that deskilled staff can use it, with iPad interaction. The support from Sound Technology was excellent and entire installation worked seamlessly.”

Stated Peter Marsden, ICT Programme Manager, Service Birmingham, “It has been a pleasure to work with the team from Vanti and they have been instrumental in the successful technology delivery at the Library of Birmingham.”

HARMAN Professional products are distributed in the UK/ROI by Sound Technology Ltd.  For further information please call 01462 480000 and visit www.soundtech.co.uk/installed-audio