Leading musical theatre sound designer, Tony Gayle, has chosen HARMAN’s JBL Professional VTX A8 next-generation line array as his preferred PA system for the new production of Get Up, Stand Up! The Bob Marley Musical. A total of 24 JBL VTX A8 enclosures and 10 accompanying JBL VTX B18 single 18” subs have been rigged at the Lyric Theatre in London’s West End. 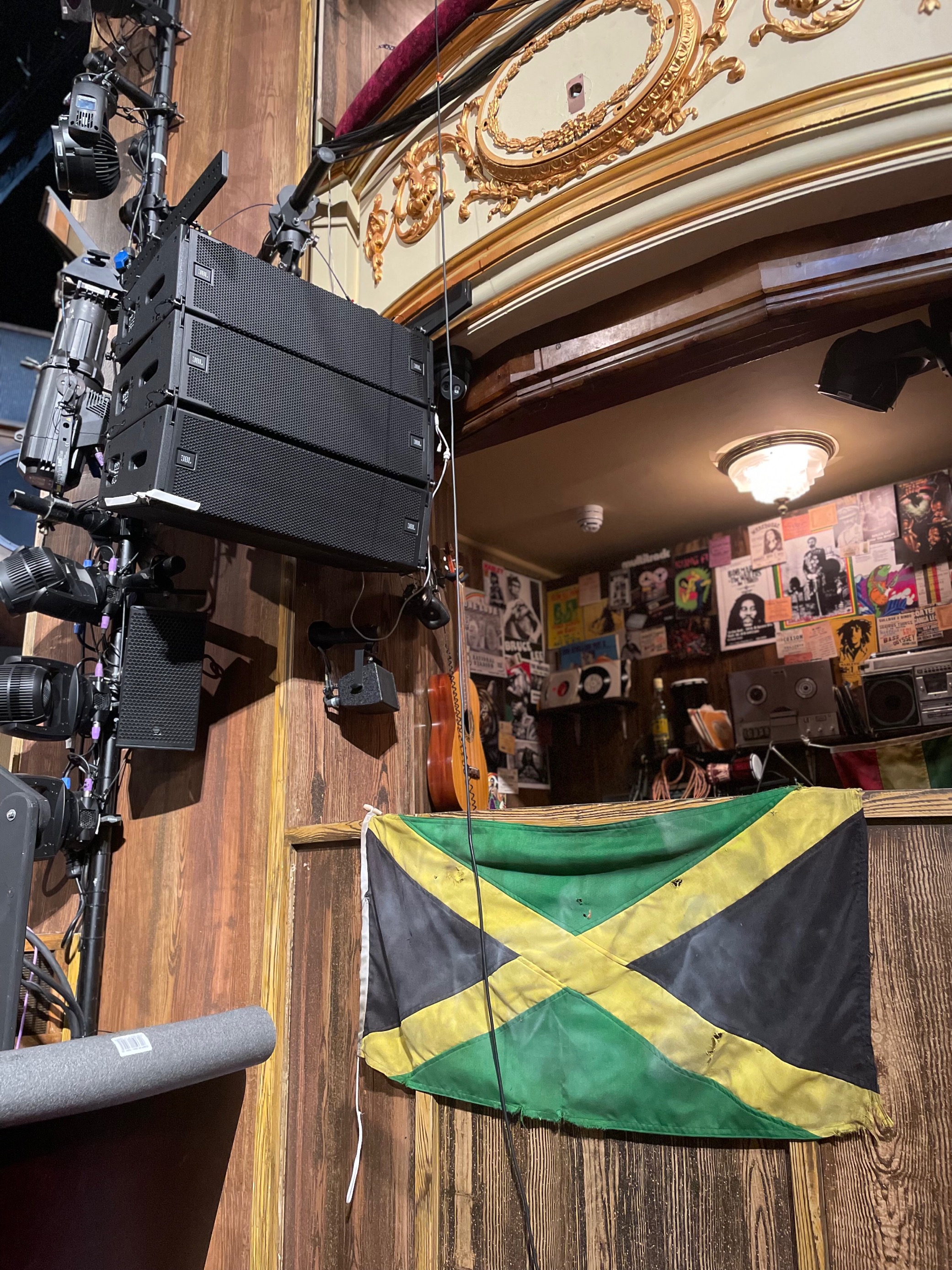 Produced by Playful Productions, Stage Play and Cedella Marley, the production celebrates the life of the Jamaican global superstar, played by Arinzé Kene, and Gayle wanted to ensure that the sound produced by the nine musicians was as authentic as possible.

“The whole show is performed by a live band from a platform in the wings, with no pre-records,” he confirmed. “Part of the creative brief was not to produce it as pure ‘musical theatre’ as that format wouldn’t work for this show. This had to sound authentic as these are not typical pit musicians.”

Although he considered other established theatre speaker brands, he had become an ardent fan of JBL’s VTX platform since first attending a demo of the larger VTX A12 at the Troxy in east London several years ago.

“I was the only theatre engineer present—the others were from the rock world—and I was extremely impressed. I said then that if JBL could make a smaller version with the same acoustic properties that would fit the theatre I’d be interested. So I like to think I had some influence!”

Either way, the VTX A8 duly arrived, and Tony Gayle was soon attending a demo at the HQ of JBL Professional's UK and Ireland distributor, Sound Technology Ltd in Hertfordshire to hear the latest box and confirm his belief.

But to determine whether the VTX A8 really merited being specified over better known theatre systems he selected it for the touring version of Beautiful - The Carole King Musical. “I knew that if the VTX A8 did what I thought it would, it would be great for the Marley show.”

Although the tour was curtailed because of COVID the signs were good and the system told him all he needed to know.

“The big thing for me was that there was absolutely nothing missing in the voicing. You can’t put something into a box that isn’t already there but you can take it out and the opening night in Bromley was one of those scenarios where everything sounded great. The twin 8” [woofers] were fantastic.”

The criteria he was seeking included “clarity and a strong low end—that can sound big when necessary but without hurting you. And although reggae music isn’t complicated, you definitely need to be able to hear all the detail, which the A8 allows.”

Another requirement was to be able to run the system as flat as possible with just one EQ chain on the desk. And the A8 required very little tuning, he acknowledges.

“Finally, I was really impressed with the rigging which is very straightforward, neat and intelligently thought out.”

A member of the Stage Sight community, which promotes diversity, Tony Gayle always believed he was the best man for this production. “I am one of the few recognisable black sound designers working in musical theatre. I am from Jamaican heritage and grew up listening to Marley—reggae is part of my DNA.”

His PA design is in the form of conventional Left/Right proscenium hangs but with three drops of three boxes per side. As the Lyric is a four-tier theatre, he added a ground stack at the back of the top tier along with a B18 sub. The main sub artillery is in the form of six B18’s set in the lower level stalls in front of the stage, with the others distributed and delayed on each of the different levels. “This is a tricky venue for obtaining even coverage and there is the danger of creating dead spots if it’s not thought out. So I needed those delays,” he rationalises.

The system is powered by 10 of HARMAN’s Crown I-Tech 4x3500HD amps, which also handle any processing that’s necessary.

The full sound and communication package is supplied and supported by Cardiff based Stage Sound Services. The production sound team responsible for the installation is led by David Cole and Stuart Moffat. Benjamin Grant (SFX Designe ), Roisine Mamdani (Head of Sound) and Joel Prlce (Associate Sound) make up the rest of the key sound design team. 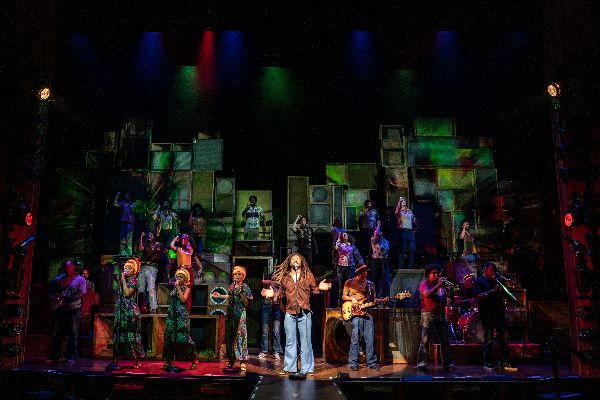 Photo above: Arinzé Kene as Bob Marley and company - photo by Craig Sugden


In conclusion, Tony Gayle says his decision to specify the JBL VTX A8 had been fully vindicated. He dismissed other considerations either because they needed too much processing “and I didn’t want to be software led”, or “they lacked that authentic, impactful sound required by reggae.”

As for the physical dimensions, he notes, “The A8s are not so deep that you feel they are poking out of the proscenium. But in any case I am happy to display them as I have a big thing with image, and unlike some, the A8 also looks good. When punters walk into an auditorium they don’t care about brands, yet if the speakers look ugly they immediately form a preconception.

“So we’re selling the sound before they actually see and hear the show.”

Get Up, Stand Up! opened in October 2021 at the Lyric Theatre, London.

Sound Technology Ltd is the exclusive distributor of HARMAN Professional Solutions in the UK and Ireland.